Author: Maria Mushtrieva (on 17 Dec 2015)
Tweet
Ivanovo is a grey and gloomy city, with relics of the Soviet times on every step.
It'll be enough to pass it through by bus going between Vladimir and Kostroma, just keep your eyes wide open: the central noisy and dirty street with grey residential buildings and a big red church in the middle of all the mess; the faded impressive mosaics to glory the Soviet heroes, left here from the 70s; a dirty and noisy bus station with an old man playing accordion to cheer his fellow babushkas. 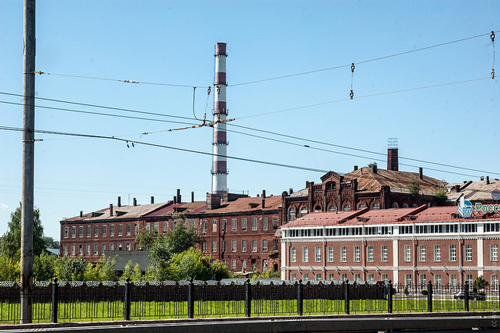 One of the main streets of the city is F. Engelsa street where you can find a supermarket, a currency exchange, an internet access, and a railway station in the end of the street.
Another important street is Lenina street, where there are many restaurants, cafes, and a hotel.
Worth mentioning is the Museum of Ivanovo's Cotton. The collection presents the history of the city through the prism of its textile production. For example, the recent exhibition on Soviet textile rediscovers the experimental approach to fabric patterns in Soviet Russia of 1920-1930 and its propaganda capacities . Address: 11/42, Baturina Street. Open: 11.00 till 17.30, except Mondays and last Friday of the month. 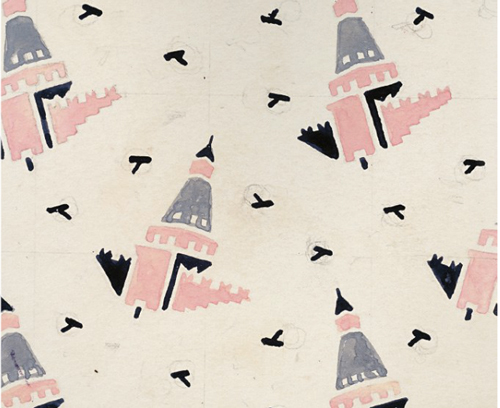 In case you're stuck in Ivanovo and feel sad that the trip that was teaching you so much about architecture and history was abruptly paused in this town, you should visit Palekh (Палех) village, one of the centers of Russian icon-painting, 60 kilometers east of Ivanovo to the direction of Nizhny Novgorod. 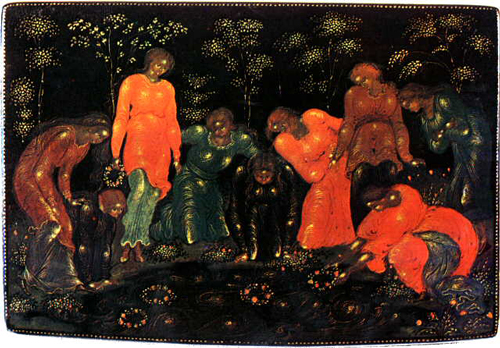 Palekh has been inhabited since the ancient times: in the 8th century there were Finn-Ugor tribes' settlements here. Later they were assimilated with the Slavs, who came from the south territories. From the 18th century Palekh was famous for the skillfully painted icons and embroideries made by its inhabitants. You can get to Palekh from Ivanovo's bus station.

Ivanovomight be a city, which has lost its former glory, but with quite interestinghistory.

A big village Ivanovo on Uvod river was first mentioned in Russian chronicles in 1561.

The train station (phone: 37-25-09) and bus station (phone: 23-41-54) are quite far from each other.
Ivanovo Guide:
This free independent travel guide to Russia exists thanks to the commission we get when you order these hand-picked trusted third-party services or when you buy our book. Please, support us!