Despite its provincial status, Kostroma has its own airport, aimed for civic and military flights. Sokerkino airport is located within the city, therefore its size and capacities are quite small.
The main destinations are Moscow, St.Petersburg, Anapa and Simferopol, but there are some charter flights to other cities of Russia as well.

How to get to the airport: It's pretty good connection to the city centre - you just need to get the bus #5 or #13 that arrive to Susanina Square. 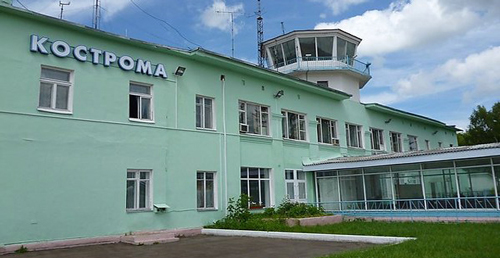 There are daily trains to/from Moscow, St Petersburg, Yaroslavl. The train station promises little from the outside, but as you get inside it surprises: very clean, no queues, some signs in English, a waiting room, a pharmacy, a barber, a good small cafe, opened 24 hours a day, and it's written in the menu how long it takes to cook a meal.
Next to the exit there are phones to make free phone calls in the city. 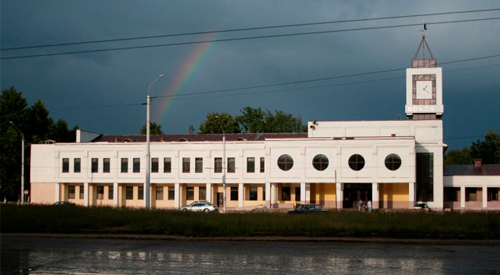 The buses depart to Moscow, Yaroslavl, Ivanovo, Suzdal, Vladimir and other cities. The bus station is 20 minutes ride from the centre of the city. There are automatic lockers, toilets at the station. The station's information office is opened from 7 to 19.30 (a break 12.30-13.30). 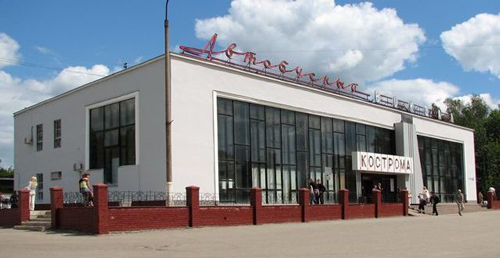 Directions: take a bus along the Kineshemskoe shosse to the direction of the railway station (vokzal) to the centre of the city. It'll take around 20 minutes.

Note: the data below is as of 22.04.2016. The bus schedules are subject to change. Sometimes the buses are delayed or canceled, check it beforehand.

Kostroma is located on the Volga river, so the river transport is operating when there's no ice. There are some cruise boats, but they are expensive, local people use the local hydrofoil, which circulates between Yaroslavl, Kostroma, and Plyos. 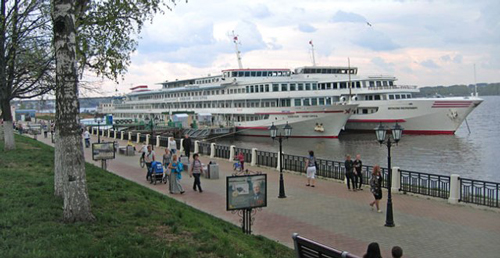 The hydrofoil from Kostroma to Yaroslavl departs daily 18.00, except tuesday and thursday.  The hydrofoil departs from pier #1, they start to sell the tickets 30 minutes before the departure. It's better to take this boat on the weekdays, because on the weekends it's so popular, that people start to queue it 2 hours before departure. This hydrofoil returns from Yaroslavl to Kostroma daily (except tuesday and thursday), departs Yaroslavl at 6.20, comes to Kostroma (pier #1) 2 hours later at 8.20, and then departs at 8.35 further to Plyos (1 hour). It comes back from Plyos to Kostroma in the evening (departs Plyos at 16.40, comes to Kostroma at 17.40, and then sails further to Yaroslavl).

There are buses and trolleys with discounts (for old people and students) and without discounts. A trip costs 15 roubles. The trolleys have the price written on a plate behind the front window, so don't mix it up with the trolley's route, which is written on top. 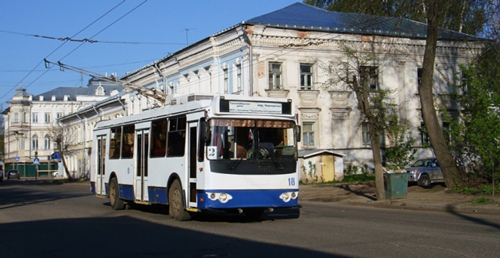 The useful trolley routes are #2, that goes from the train station to the city centrer (Sovetskaya (Советская) street and Susaninskaya (Сусанинская) sq.), trolley #3 goes from the centrum (from the stop on Sovetskaya st., next to the Trading Arcades on Susanina sq) to the eastern part of the city, stops close to Ipatievski Monastery, which is on the other shore of Volga river.
A bus #13 will take you from the main square of Kostroma - Susaninskaya (Сусанинская) ploshchad (where the Trading Arcades are) directly over a bridge above the Kostroma river to Ipatievski monastery.

If you are tired of traditional wooden interiors and want to find a fancy European style restaurant, then Varavarabar is the place.

City Centre Kostroma is stretched along Volga and Kostroma rivers, and the city is divided by Volga river into two parts.

Convent of Epiphany in Kostroma

Convent of Epiphany (Bogoyavlenskymonastery) is another typical 5-domed Russian church built in the 16th century.
Kostroma Guide:
This free independent travel guide to Russia exists thanks to the commission we get when you order these hand-picked trusted third-party services or when you buy our book. Please, support us!