Author: Maria Mushtrieva (on 17 Dec 2015)
Tweet
Pereslavl Zalessky is a small provincial town of Yaroslav region, located on the halfway from Moscow to Yaroslavl (around 130 km), next to Pleshcheyevo​ lake. There are only 45 000 inhabitants.
It is worth making a stop and exploring this area for 2-3 hours if you are on the Golden Ring route. Also it is great to come here for a weekend to clear your head and rest. Also it is well connected to Rostov, Yaroslavl and Moscow by buses, but there is no train station in Pereslavl-Zalesskiy.
Pereslavl was founded in 1152 by the Prince of Suzdal Principality Yury Dolgoruky, who founded some other Golden Ring towns. There were already two Pereslavl in Russia: the first on the territory of Ukraine, the second is called 'Ryazan' now.
Pereslavl was founded on the busy river way from Kostroma to Vladimir, so it boosted the town's development. The history of Pereslavl is closely connected with history of Novgorod. There's a tale that once the Prince Yaroslav Mudry ('the Wise') was coming back through Novgorod after a successful military expedition (fighting against the Swedes), and he decided to leave his two sons (Alexander and Fyodor) to rule in Novgorod. Novgorod had always wanted to be independent, so the riots made Alexander and Fyodor leave Novgorod and run to Pereslavl.

When Yaroslav learned that his two sons ran from Novgorod to Pereslavl, he closed all the river ways to the town, so Pereslavl was completely blocked. In 1238 Tartars invaded the town and completely devastated it, Alexander Nevsky (the son of Yaroslav Mudry, already mature and successful military leader) came back to his home town and started to rebuild and restore it. Because of its central location Pereslavl was continuously attacked first by Tartars and later by Polish invaders.
One of the most famous Russian emperors - Peter the Great - spent his childhood in Pereslavl. Here, in 1688, young tsar built his first boat (you can still see it in the museum) and 'fun' river fleet. Later, when he became the emperor, he created the first Russian military fleet. 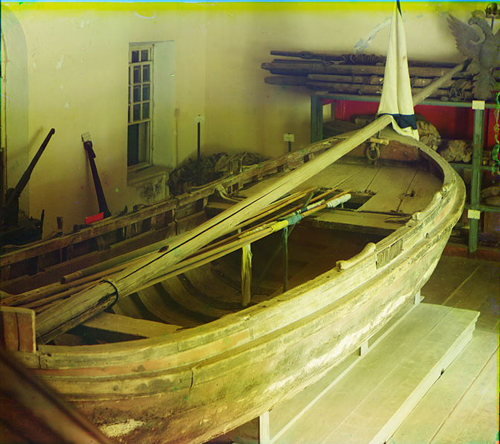 The center of Pereslavl is situated along the main street, which is the way from Moscow to Yaroslavl.

Pereslavl Zalessky is located on the way from Moscow to Yaroslavl.
Pereslavl Zalessky Guide:
This free independent travel guide to Russia exists thanks to the commission we get when you order these endorsed third-party services or when you buy our book. Please, support us!

21/03/2020: While all foreign nationals are banned from entering Russia from the 18th of March until the 1st of May 2020, if you are in Russia during this time, your visa will be extended. Learn more on our Coronavirus Russia travel updates page.
Follow us on social networks to stay up-to-date:
Trustpilot