The Introduction to Rostov

Rostov Veliky is an ancient Russian town, located on the shore of the vast 'Nero' lake, 60 kilometers south of Yaroslavl and 190 kilometers north of Moscow. It is a part of Yaroslavl region.
There are 37 000 people living in Rostov. The main industry is electronics, so it's not a polluted place.

The hand-made plan of Rostov Veliky - Rostov the Great, posted on the door to the city in the railway station, gives a nice first impression of this little town. It shows a green way through the houses to a large Kremlin on the shore of the vast Nero lake.
A nice gardens smell accompanies you on your way to the center. Hardly any cars, only a few people: a man is gardening and whistling, a bunch of children, holding their bikes in front of a wooden house, are eating ice-creams, a cop is walking slowly to the station...
At the end of the street, you hear russian folk music. As you come closer you realize it's a group of men singing traditional songs at a table of a warm restaurant-bar. It feels and sounds like the peaceful life in a Russian village. You take a deep breath of fresh air (what you can't do on in the polluted Moscow) and look around. 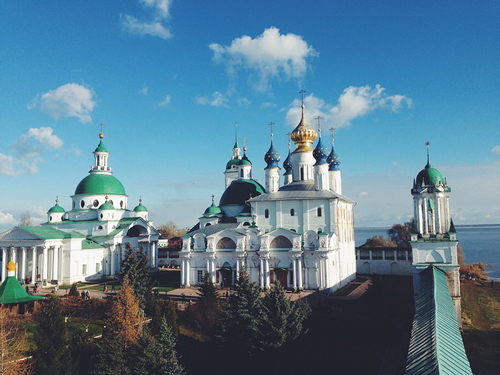 In front of you is a park beyond which a set of round, green and golden domes appeal curiosity. So you walk towards them and discover a more busy area: the shopping street, Karla Marksa street, and next to the walls of the Kremlin, a little market, where grannies sell fresh veggies from their garden.
People come in and out the soviet food shop, the book and the photo shop, a man just had his haircut at the barber's, a girl is choosing something in the shop for animals, babushkas are looking through the coats in the second hand clothes shops, some tourists are searching where is the entrance of the Kremlin. You spot their guide, bargaining with the keeper of the church to let his group visit the bell-tower. The keeper says it's closed. 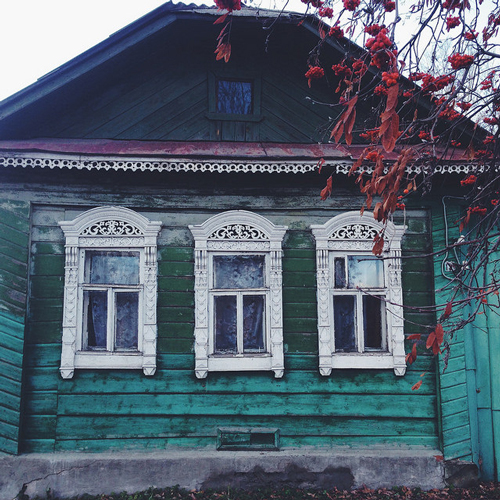 The guide proposes that every tourist will pay five rubles to get in. The keeper says he'll open it. You may feel like following the group to have a look on Rostov from high.

Around the white Kremlin walls, the whole town is made out of old stones. The streets are large, the walls imposing, and the ruins of ancient trading arcades let imagine how great and powerful was once Rostov Veliky. 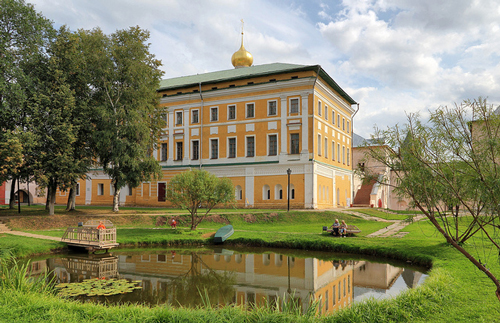 Inside the Kremlin, there's an archeological museum, where you can see what they found in the earth, just where you stand. You can figure out how it was from the stone age to the last century: stone knives, relics of a drakkar, the first stone of a convent.
There are different buildings in the dusty Kremlin, a middle-age style restaurant, an enamel museum... It might feel a bit touristic, especially to the souvenir shop, comparing to the rest of the town, where all the people are so friendly, having nice simple time in their beautiful village. 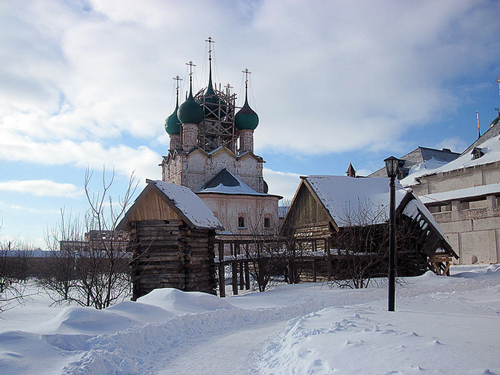 When you get out of the Kremlin, if you walk along it to the back, you'll find paths through pretty gardens to the calm lake. On the grassy beach a little guy may propose you to rent a barge. For a couple of hours it can be nice to row to another more hidden beach, as the water is so inviting, or to the fairy tale monastery, on the shore to the right. There's also a seducing house, just on the shore where an artist and his mother made a little enamel museum upstairs and arranged half of the basement in a cozy apartment for people.

After eating a nice bliny (pancakes), seeping a sweet home-made medovukha (honey alcohol), you might feel like the people you meet: smiley and relaxed. Here they seem to have nothing to fight against, they have nature very close, and they can easily get out of their village, with any direct train to Moscow. So Rostov is a nice green town made out of old white stones very close to a deep blue lake.

Rostov Veliky is one of the oldest Russian towns. It is located on the shore of the biggest lake in Yaroslavl region: 'Nero' lake.
People were living on the present territory of Rostov even 4 thousand years BC, in the stone age, when the settlements of the people were scattered around 'Nero' lake. These people were worshipping bears, elks, and other animals.
The territory next to 'Nero' lake had always been quite densely inhabited in the old times by different tribes, but they were settling there not for very long periods, so one tribe was coming here after the other. 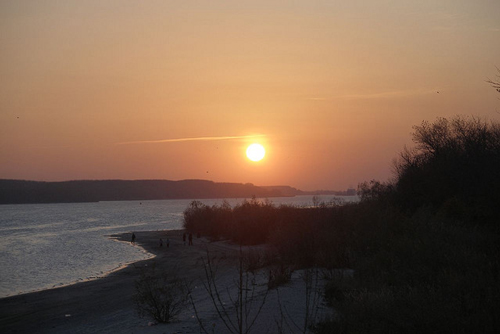 In the 7th-11th century the territory was inhabited by the ancestors of Finns – Merya tribes, which belong to Finn-Ugor family. The Meryas were highly socially and economically organised, their main occupations were fishing, hunting, agriculture, they were making skillful crafts of ceramics.
It was Meryas who first founded a settlement at the place, where there's Rostov now. Meryas also had good trade connection with Kievlan Rus' and they participated in some military campaigns together with Slavs.
In the 9th century Slavs tribes came from the south regions and Merya and Slav people started to assimilate.
In Russian chronicles Rostov was first mentioned in 862, by that time it was a large town at the place of an old Merya settlement. Rostov was a big trading center, because of its favorable position on the busy river ways.
In the beginning of the 10th century Rostov accepted Christianity and started to become an economical, political, and religious center of Russia.
When Yury Dolgoruky (the one who founded Moscow) became the Prince of Rostov-Rostov land, Rostov started to become even more powerful: close connections with the other parts of Russia, high levels of culture and trade, good political positions lead Rostov to become independent from Kievlan Rus.
In the 13th century Rostov became one of the 5 biggest towns of Russia. Rostov was so important and rich because of the people who lived in the town: there was a high level of literacy, and people were working a lot to make their town even better.
The cultural and political growth of the town came to the end with the Tartar invasion in 1237: many Rostov people were killed and the town was ransacked and partially destructed.
In 1332 Rostov became a part of Moscow Pricipality, and as Rostov was loosing its political influence, it was becoming more and more one of the most important religious centers in Russia. Because the city didn't have any military significance, it was poorly fortified, so it was destructed during the invasions in the beginning of the 17th century. 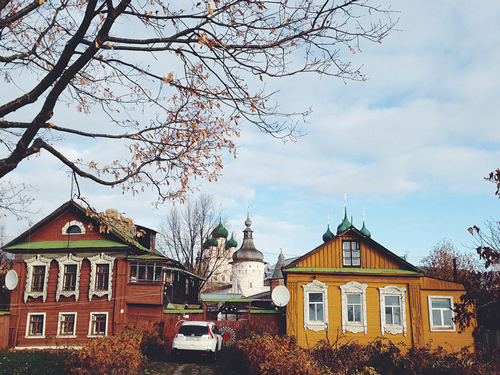 Going Out & Sightseeing in Rostov

Eating Out in Rostov

Here are few cafés that we like in Rostov.

Ok, Selivanov Hotel is maybe a little bit pompous, but you are in Russia after all.
Rostov Guide:
This free independent travel guide to Russia exists thanks to the commission we get when you order these hand-picked trusted third-party services or when you buy our book. Please, support us!