Author: Maria Mushtrieva (on 04 Jun 2015)
Tweet
It’s easy to confuse Kazan with Kazahstan (hello Borat!) or Kazantip (sorry, no crazy parties on the beach here). In fact Kazan is one of the biggest Russian cities (1.2 million people live there) and it’s the capital of Tatarstan Republic, one of the most developed areas in Russia.
Kazan is probably the most tourist-friendly city in Russia after St. Petersburg. It’s clean, safe, relaxed, rich, and has lots of beautiful sights and places to chill. The special thing about Kazan is the mix of two cultures: East and West, Muslim and Orthodox. 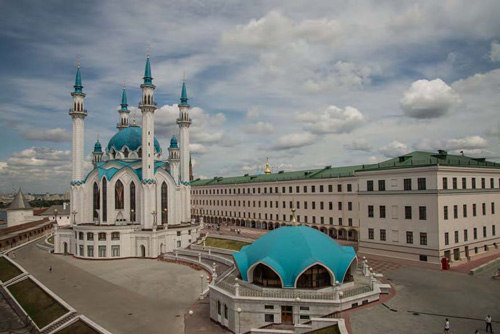 There are not many places in the world where such a diverse population cohabits in such a peaceful manner and Kazan is a great example of that. Kazan is also one of the oldest Russian city (older than Moscow), in 2005 it celebrated its millennium birthday.

Back in the days it used to be the capital of powerful Khanate of Kazan after the fall of Golden Horde. In 1552 the city was conquered by the forces of Ivan the Terrible. During the next years this region had been settled by Russians, and native population, Tatars, were massacred or forcibly Christianized. Now the population of Kazan is mixed, but still Tatars make up about 43% of the city’s population and maintain their own language and traditions. 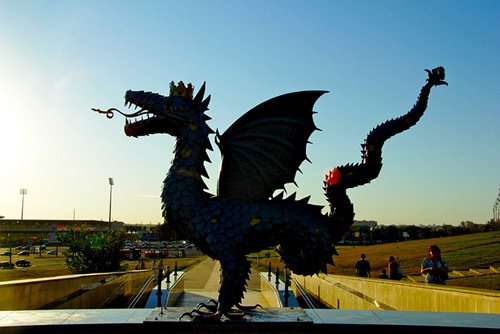 People are proud of their culture and try to save it, which is also encouraged on the state level. For example, Tatar language is official; all students must learn it at school. All signs in Kazan are written both in Russian and Tatar. It is more common to see the Tatar flag than the Russian flag. You will probably find here more mosques, than churches.

So, it can hardly remind a typical Russian city, what makes it much more interesting in this sense. Recently Kazan was granted the status of the “third capital of Russia”. In some ways that’s true. It’s a rich industrial city, cultural and educational centre. Kazan federal university is the second oldest university in Russia. 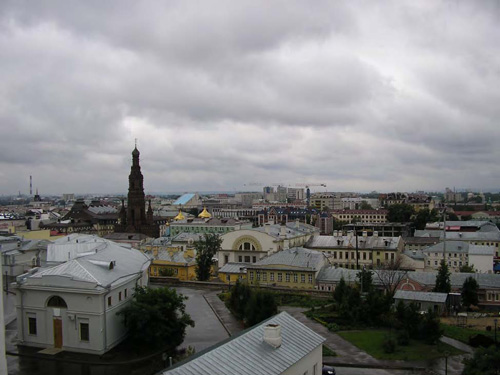 Now Kazan is actively trying to become a sport capital of the country as well. Every football fan knows “Rubin – Kazan” and hockey lovers know “Ak Bars”. In July 2013 it hosted Universiade (Student Olympic Games) and in 2018 there will be FIFA World Cup in Kazan. That means that the concentration of money in Kazan is increasing and it’s becoming more developed and beautified for travelers with every year.

Health The chances of finding an English-speaking doctor in Kazan on short notice are minimal and there are no Western clinics in the city.

There are plenty things to do at night in Kazan.
Kazan Guide:
This free independent travel guide to Russia exists thanks to the commission we get when you order these hand-picked trusted third-party services or when you buy our book. Please, support us!