Cosmos Hotel in Moscow - Live Close To The Stars

Tweet
Book Cosmos Hotel Now
The massive 25-storey building of the 3-star Cosmos Hotel with its extraordinary appearance of a semi-circle dominates the area of Ostankino (north-east of Moscow). 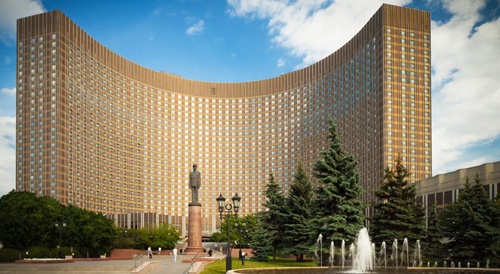 Cosmos hotel provides a variety of services and facilities including laundry, travel and business services. The hotel is also full of shops, bars, and restaurants, among which "Kalinka" is the most famous one.

There are eight types of rooms in the Cosmos hotel which are all equipped with fridges, alcoholic or non-alcoholic mini-bars, telephones with bathroom extension, TV with international and Russian satellite channels and Internet access facility, an indoor pool and a Jacuzzi.

Suite rooms are equipped with non-touch door locks, hair-dryers in the bathrooms and nicely furnished in European traditions. Breakfast for the Cosmos Club guests is served on the 25th floor in the Planet Cosmos restaurant with a panoramic view of Moscow from a 99-meter height. The nearest metro station to the hotel is VDNKh (you have just to cross the road). And it will take you about 15 minutes to get to the very center of the city.

Moreover, there is some adventurous aftertaste in saying, "I've been living in cosmos !" ("cosmos" is the Russian term for "outer space"). 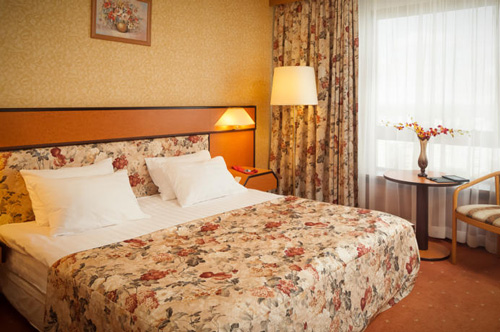 How to Find Apartments for Rent in Moscow, Russia

Finding a private apartment for rent in Moscow is a great way to experience the city life.

There are no really budget hotels in Moscow: some cost less than €100 per night, but are located far from the center.

The Best Hostels in Moscow, Russia

Most of the hostels in Moscow are run by foreigners and are centrally located.
Moscow Hotels Guide:
This free independent travel guide to Russia exists thanks to the commission we get when you order these hand-picked trusted third-party services or when you buy our book. Please, support us!