Author: Dimitry Paranyushkin (on 02 Dec 2014)
Tweet
Arriving to Moscow with a bus is an adventure, but it's worth it because you'll see a lot and pay very little. Also, for traveling to the nearby places, like the Golden Ring towns of Vladimir or Suzdal bus is actually the fastest way. Most bus stations have standard route buses but also the smaller private ones, called "marshrutka", which normally get you to the destination very fast. Some of those "marshrutskas" are a bit dangerous, so choose the right one with care.

The main Moscow bus terminal is located just next to Shchyolkovskaya metro station (the last station to the east on the dark blue line). You can get a bus to almost any Russian town and city from there. When you get inside the station, you'll see signs in English and Russian in front of you. The timetables of the buses and ticket sales offices are on the right, the luggage storage rooms and cafes are on the left. You can leave your luggage for 20-30 rub ($0.7-$1) a day, the luggage storage is closed between 23.00 and 6.30, and they have a break from 14.00 to 15.00.
The Shchyolkovskaya bus station is opened from 6.30 to 23.00.

For bus schedules between Moscow and other cities featured on WayToRussia.Net guide, see our Domestic Bus Schedules.

Directions: go to Shchyolkovskaya metro station (the last station to the east on the dark blue line), take the first carriage from the centrum. As you walk out, there'll be many stalls and little shops around, and a bit further - a large building with "Avtostantsiya" written on top. That's the bus station.
This free independent travel guide to Russia exists thanks to the commission we get when you order these hand-picked trusted third-party services or when you buy our book. Please, support us!
russian visa
train tickets
guide book
hotels
car rentals
travel insurance 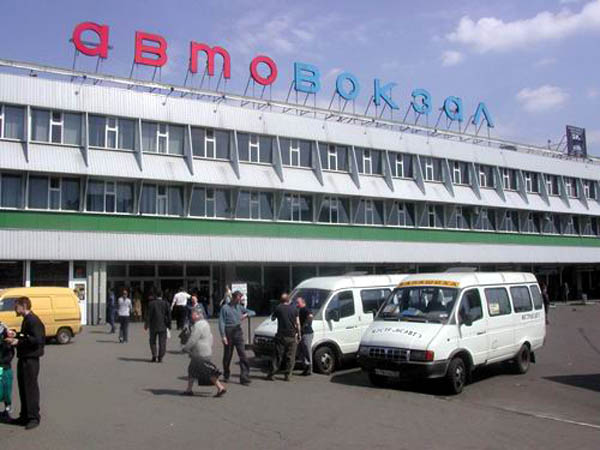