Author: Dmitry Paranyushkin (on 02 Dec 2014)
Tweet
Domodedovo hosts most of the domestic flights and you can feel that it's the most authentic airport of all in Moscow. It may happen that you’ll arrive at 3 am during the night and have to face a 2-hour long
passport control queue, which will be accompanied by shouts and fights. All this happening in a highly
modern air-conditioned setting. A real “trip”. Serves AirBerlin, British Airways, TAP, S7 Sibir, Transaero, Ural Airlines, JAL. 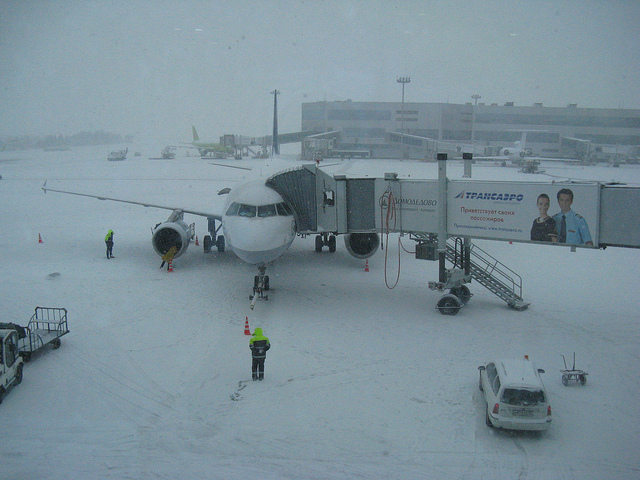 Domodedovo (DME) Arrivals and Departures
Transport to / from Domodedovo Airport

Domodedovo airport is located about 15 km south of Moscow, and is connected to the city with a highway and a rail link.

There are a few car rental agencies located in Domodedovo airport. The standard price is about $50 per day and you can compare the different providers through our Car Rental search form. A trip to the center of the city takes about 1 to 1.5 hours, depending on the traffic. It's recommended to use Moscow ring road (MKAD) where possible, to avoid traffic. Also, 7am to 11am and 4.30pm to 8pm are peak hours and you're better off avoiding these times.

A taxi from Domodedovo airport to Moscow center normally costs about $40-$50 (slightly more expensive than Shemetyevo) and takes approximately 1 hour – 1.5 hours if there’s no traffic.