Author: Dmitry Paranyushkin (on 02 Dec 2014)
Tweet
Moscow is the capital of Russian Federation. The city area is about 30 km in diameter and the population reaches to almost 10 million people. Nowadays Moscow is the most important political and financial center of Russia and is home to the government and the parlament. It's the city with the most money in Russia and the third biggest budget in the world. It's where all Russia's tensions and inequalities meet to coexist, producing a unique feeling of a city that looks European but feels somewhat Asian in its mood and intensity.

Getting Around the City

The main historical core of Moscow is Kremlin (a fortress - on photo), which is located in the core of the city. Tverskaya street, which is the main avenue of the city, starts from the Kremlin and heads north to become Leningradskoye Shosse, which leads directly to St. Petersburg (750km). 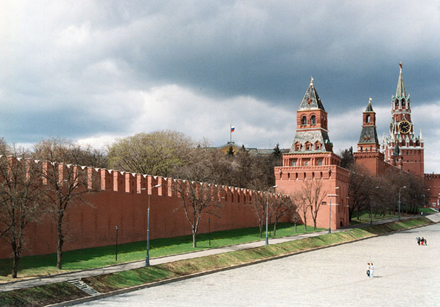 photo by Kirill Chaplinsky
Moscow has a radial structure, and the Garden Ring road defines the center of the city. A smaller Boulevard Ring defines the city's downtown.
To be able to find the right building on any street, it's useful to know that in Moscow house numbering starts from the center. Also, the odd-number houses are located to the left, and the even-number houses - to the right. So, if you're looking for Tverskaya st., #2, for example, it will be located very close to the Kremlin (which is the most central place in Moscow), on your right-hand side (if you turn your back to the Kremlin).

Moscow is located in the middle of the continent, so the temperature is contintal, which means hot weather in Summer and cold weather in Winter.
The hottest months are July and August, when the temperatures can reach +30-35 celcius. They are followed by mild September, which turns into Indian Summer - the last warm days of the year usually in the end of the month. October sees the Autumn starting and the temperatures can go down to zero by the end of the month.
This free independent travel guide to Russia exists thanks to the commission we get when you order these hand-picked trusted third-party services or when you buy our book. Please, support us!
russian visa
train tickets
guide book
hotels
car rentals
travel insurance 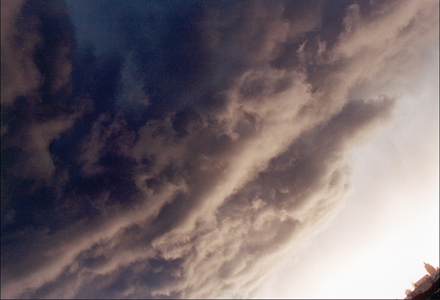 Photo by Kirill Chaplinsky
The first snow usually appears in the middle of November, but the most snowy months are January and February. February is also the coldest month, when the temperatures often go down to minus 15 celcius. March is when the Spring comes, and the temperatures rise back to zero and it becomes quite warm by the end of April only (10-15 celcius). The snow leaves some time in the end of March. The end of April sees an abrupt change to warm and sunny weather, and in the beginning of May it can already be +20. May is actually the most comfortable month, as there are not many rains and the temperature stays around +20.

For practical information about Moscow (accommodation, city guides, business travel, shopping, health and much more) see the Practicalities section of our site.

Moscow, being the capital of the largest country on the planet, is supposed to be something impressive and it really is.

1147 - The first mention in the Historical Chronicles is made about the city of Moscow, which was founded by Russian prince Yury Dolgoruky.
What is Moscow Guide:
This free independent travel guide to Russia exists thanks to the commission we get when you order these hand-picked trusted third-party services or when you buy our book. Please, support us!