Author: Dimitry Paranyushkin (on 02 Dec 2014)
Tweet
Moscow has numerous weekly magazines and websites that publish useful info about the city and entertainment listings. Most of them are beautifully designed and have a really good selection. Here are some of them, listed by category.

Another good English-language resource is A-A-AH – www.a-a-ah.com/events-in-moscow – which has a good clubs listings and publishes interesting cultural events.

Your best way, though, is to go on Facebook pages of the places we recommend in our Moscow Guide and check out what's on there. We post the most interesting events on our Way to Russia Facebook Page as well, so check it out occasionally!

A great listing of public lectures, seminars, workshops and conferences happening in Moscow is available on Theory and Practice portal – www.tandp.ru – even though it's in Russian you can find really interesting talks on Russian cinema, software development, literary studies and anything else you want on there.

Among the Russian listings, Afisha (www.afisha.ru) magazine is the most popular one.  While being slightly pretentious, it provides a lot of information and has good nightlife and art listings.

Another interesting newspaper is Bolshoy Gorod – www.bg.ru – which is distributed for free and has extensive listings. They also have a blog for each area of Moscow (in Russian).

Finally, Look At Me - www.lookatme.ru – is a sure source to find some party or exhibition you like. 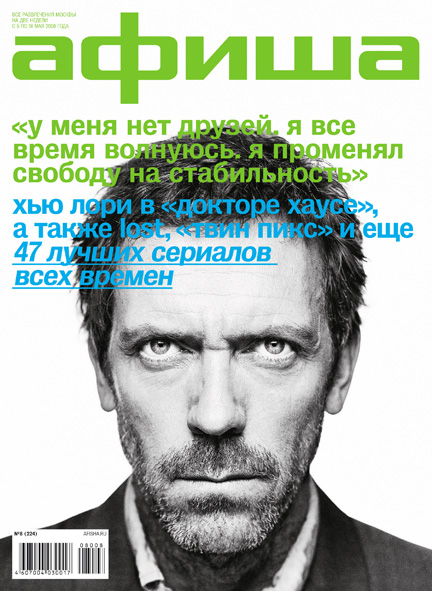 The main English language newspaper is The Moscow Times (www.themoscowtimes.com) - the Friday issue features "Calendar" section, with a list of what's on in Moscow, as well as restaurant and clubs reviews. You can get this newspaper in business centers, big supermarkets, some restaurants and clubs for free.

A popular daily newspaper is Moskovsky Komsomolets (www.mk.ru), more sophisticated reading is provided by Kommersant (www.kommersant.ru) and Vedomosti (www.vedomosti.ru) newspapers - with the latter being tilted more towards the business and finance. These two are like The Guardian and The New York Times of Russia.

The "mainstream" fashion is determined by bi-weekly Afisha (www.afisha.ru) magazine.

The monthly magazines are anything from Playboy to Forbes, and from Cosmopolitan to The Rolling Stone.

The newspapers and magazines are sold everywhere in Moscow, especially near metro stations and in big supermarkets.

You can buy foreign magazines and newspapers in Moscow. Usually, they are sold in 5-star hotels, but the prices there are much too high. Also, you can try some newstands in the city (especially on Tverskaya St.), but the prices are high also, and the selection is poor.

However, there's a couple of places in Moscow, where you can get almost any magazine or newspaper, in English and in other languages.

1. Maxim's News Stand. They have everything, if they don't -- you can order. Prices are lower than on the cover. Also, they sell books and movies in English. Metro: Savyolovskaya (grey line, north center),
Address: Nizhnyaya Maslovska, #2 (an underground pass near Savyolovskaya metro). Open hours: Mon-Sat 11.00 to 19.30

2. Arbat Supermarket. Just next to the entrance they sell some English-language magazines and fresh newspapers. Metro: Arbatskaya.
Address: Novy Arbat st, Novoarbatsky supermarket - grocery store (there's only one, the entrance is on the street side).

3. Bookberry. The new Moscow book supermarket has an extensive section of foreign magazines and newspapers at moderate prices. Metro: Arbatskaya, Tverskaya (blue, purple line).
Address: Boulevard Ring (walk from Novy Arbat towards Pushkinskaya square along Zubovsky boulevard and the shop will be to your left). Open hours: Mon-Sun 10.00-20.00

4. Gorbushka. The famous Moscow pirate CD, DVD, Software and official electronics market specializes in foreign music and DJ magazines.
Address: metro Bagrationovskaya (Moscow west), a large building outside the exit - the crowds walks in its direction. Open hours: Mon-Sun 10.00-20.00
If for some reason you can't buy the thing you need in any of the shops above, try to go to some European or American medical or dental center - they have a great selection of magazines in their reception areas.

For a directory of companies' addresses and contacts the best guide in English is the Moscow Business Telephone Guide (MBTG - en.mbtg.net), which is distributed for free in some Moscow hotels and business centers. The full text is also on the internet. Another good directory is Yellopages.Ru (www.yellowpages.ru). A Shopping & Services guide is available on WayToRussia.Net.

Of the printed travel guides to Moscow the two most popular ones are Rough Guide (www.roughguides.com) and The Lonely Planet (www.lonelyplanet.com). The quality of information is generally the same, the latest guide to Moscow as of 2012 was printed by The Lonely Planet. For the most comprehensive (though sometimes outdated) information on sightseeing and entertainment a very useful guide is Time Out Moscow. Way to Russia also has a guide book to Moscow, updated as of September 2014.

There are a few official Moscow city guides issued by the local authorities, but as there are no travel information offices in the city, it's impossible to find any of these guides.

What to do in case of emergency, what vaccines you need, where to get contraceptives, which hospitals to go to, what are the phone numbers of our men who can protect you.

To be omnipresent in Moscow you’ll need wi-fi or cellular phone capabilities.
Practicalities Guide:
This free independent travel guide to Russia exists thanks to the commission we get when you order these hand-picked trusted third-party services or when you buy our book. Please, support us!