Transport - How to Get to and around Russia

Author: Dimitry Paranyushkin (on 05 Jan 2010)
Tweet
The fastest way to get to Russia is by plane, it will cost about $150-$350 US return from Europe and about $500 return from the US (east coast). Usually, Aeroflot (Russian airlines) and your domestic airlines will have the lowest prices. Also, for flights between USA and Russia Lufthansa has good offers (with a stopover in Frankfurt). GermanWings has cheap flights from Germany to Moscow and St. Petersburg.

Get your train ticket online:

Also, recently some budget airlines (such as EasyJet & RyanAir) announced new flights from London and Berlin to Riga (Latvia) and Tallin (Estonia), from where it's very cheap to get to Russia. Other European carriers are planning to launch budget flights to Russia in the nearest future. In response to this, we have created a new Budget Travel section on Way to Russia, where you can find information about the cheapest routes. 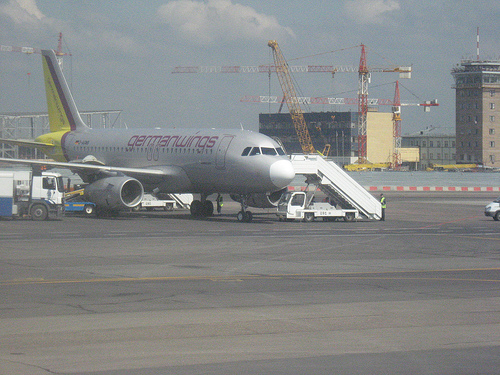 The best way to get around Russia is by train, especially, that the trains are not too expensive. It costs about $40-$80 to get from Moscow to St. Petersburg (700 km) or from $150 to get from Moscow to Irkutsk (5000 km). It's better to take 4-berth cabins (called "kupe" in Russian, similar to the 2nd class), but in Summer they might be too hot, so it might be more comfortable to get a higher standard SV kupe (1st class). If you don't mind sharing the sapce with other people you can buy a berth in a common carriage (platzcart - 3rd class), and it might be safer for women (but not for your stuff).

If you go long-distance, the best option is going by plane. There are a lot of domestic airlines, most popular are Aeroflot, Sibir Airlines, Transaero. A return flight Moscow - Irkutsk (5000 km, 6 hours) will cost about $350, while a one way flight from Moscow to St. Petersburg (700 km, 1 hour) will cost about $70.

Bus network is not really reliable in Russia, so it's better to avoid using it. However, it can be the only choice when you can't take a train.

Driving a car is not a very enjoyable experience in Russia, as the distances are long, the roads are not very good quality, and the road police always tries to stop you and fine for something. However, if you don't speed and your car has Russian plates, then you shouldn't notice any problems. There are car rental agencies in major cities.

Hitchhiking is quite popular in Russia, but not as much as in Europe. Most drivers will give you a lift for money, so if you're looking for low-cost travel always make sure the driver understands you won't pay anything beforehand.

You can find more information about traveling to / from and around Russia by plane, train, bus, car, hitchhinking and river cruises at Transportation section of this site.

Many people find the vast amount of paperwork they have to deal with before traveling to Russia really off-putting.

Before You Travel: When and Where to Go, Paperwork, and More Useful Tips

When planning a trip to Russia, it's important to know when it's a good time to go, what to pack, what's the cheapest way to get there, and what documents you'll need.

It's worth taking only the things you really need - there's nothing worst carrying your heavy suitcase tired and knowing that you carry a lot of crap.
Before You Go Guide:
This free independent travel guide to Russia exists thanks to the commission we get when you order these hand-picked trusted third-party services or when you buy our book. Please, support us!