Author: Dimitry Paranyushkin (on 04 Jun 2015)
Tweet
Baikal Lake is one of the most amazing destinations in Russia. The biggest and the deepest freshwater lake in the world is located in the Eastern Siberia among the beautiful taiga forests and Nordic steppes. The water is so pristine and clean you could almost drink it while swimming. The beautiful shoreline has both wild areas great for camping as well as the comfortable tourist spots. 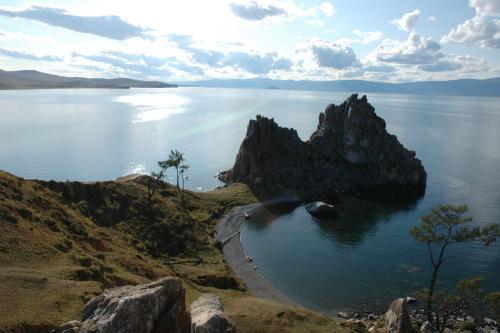 The atmosphere around Baikal is truly magical. It feels like an ocean: powerful, deep, raw and embracing at the same time. Back in the old days there used to be lots of local tribes making the lake their spiritual center. You can still feel it around, especially in the more remote areas where there is no electricity, no cell phone connection, no civilization.
It is especially good to visit Baikal if you're taking a Trans-Siberian train (in fact, Baikal should be the reason you do Trans-Siberian first place). This train stops in Irkutsk and Ulan-Ude, so rather than sitting in the train for 6 days waiting Moscow (or Beijing), you can hop off the train in Irkutsk and make a trip to Baikal Lake. The experiences you will get there will be incomparable to anything else. 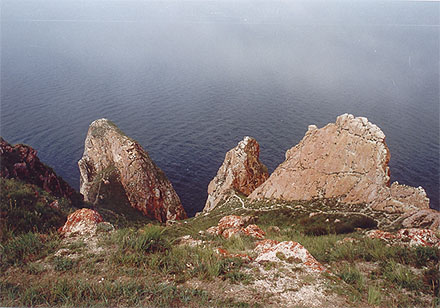 In Russia we spell Lake Baikal like “OzeroBaykal”. The word “Baikal”came from Turk language. The word “bai” means “wealthy” and“kul” means “lake”. So “Baikal” originally means “wealthy lake”. And it is wealthy. The lake contains 20% of the world surface fresh water while the flora and fauna of the lake are mostly endemic.
The lake is so huge and enormous that locals call it sea. This “sea” is rapidly growing with the average speed of 2 cm (0.8 in) per year. Baikal is considered to be a future ocean; in several million years there will be a new great ocean all over Asia and Baikal is a starting point for this ocean.

This remarkable lake is a one of Asia’s holy places. Peoples through over the centuries prayed to the lake and believed in its power. You can still see at the lake the unique carvings and parts of the ritual buildings of the tribes that gone thousands years ago.

Baikal was added to the World Heritage list by UNESCO in 1996. 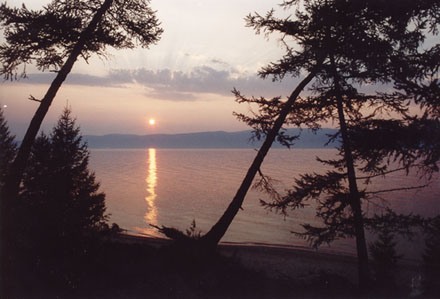 Baikal – the biggest and the deepest freshwater lake in world, located in the southern part of eastern Siberia, just above Mongolia.

BaikalLake is situated along the Trans-Siberian route, so if you take that route, you absolutely have to stop at Baikal.