Getting to / from Irkutsk, and Irkutsk Public Transport: - Way to Russia Guide
Way to Russia >> Destinations >> Siberia >> Irkutsk >> Transport

Getting to / from Irkutsk, and Irkutsk Public Transport:

Author: Maria Mushtrieva (on 19 May 2015)
Tweet
Irkutsk is a major stop on the Trans-Siberian, all trains stop there.
Train
The train station in Irkutsk is the major hub on the Trans-Siberian railway mainly used to access Baikal lake. It’s located 15 minutes from the center of the city and there are many buses and taxis departing from it. There are many trains passing through Irkutsk, the tickets from Moscow cost around €170 for a 3rd class “platzcart” ticket and about €300 for a 2nd class “coupe”. The whole journey takes about 4 days. 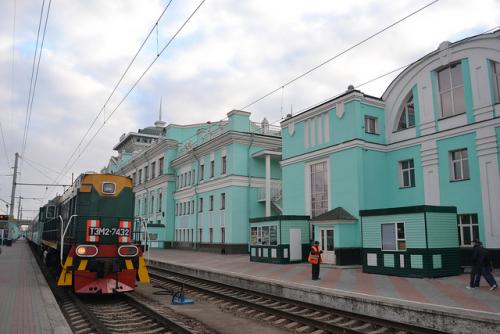 Airport
Flights to Irkutsk from Moscow cost about the same. There is a very basic airport very close to the city and it’s great in that you can really see how the whole flying operation works, as everything, even your luggage, is done right on the airfield.
Bus
There is also the main bus terminal in the center of the city where you can catch a bus to Olkhon island or Listvyanka. Buses to those both destinations depart around 4 times a day, first one at 7.00 and the last one around 18.00. The address of the bus station (avtovokzal) is Oktyabrsky Revolutsii street, #11 and their phone number is +7 3952 20 91 15 (for information).
City transport
As usual there are buses, trolleybuses, and trams in the city. They cover most of the city center, but I personally prefer trams. The best thing to do is to ask the driver for your destination, before you get inside. If he/she nods, then it's ok. People are very helpful in Irkutsk, so you'll be able to find your way around. 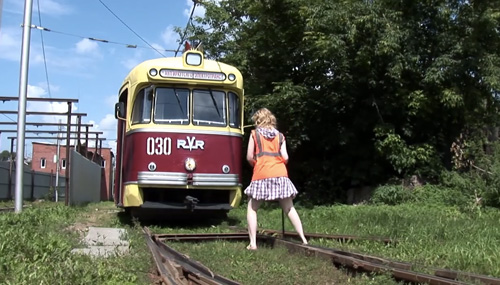 There is also a river terminal where you can take a boat to Olkhon every Monday from July to end August and sometimes on Wednesday in the last week of July and the first week of August. There are also 3 boats daily to Listvyanka from there.

The departures to Listvyanka are from Raketa Rechnoy Vokzal terminal Prospekt Marshala Zhukova 98B in Solnechny district – it’s better to arrive there at least an hour before departure. You can buy the tickets directly at the terminal (daily from 10.00 to 18.00) and online (in English). 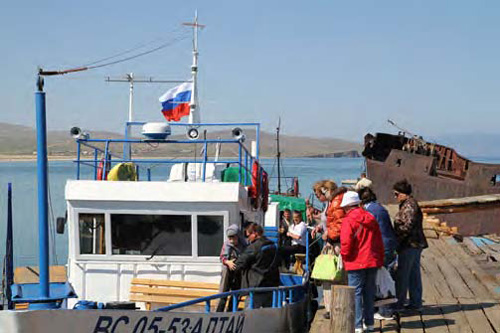 The ferries to Olkhon continue to the Eastern side of Baikal lake, making it a great option to sail through the whole lake for only €100 (which is cheap for such a long trip). If you’re camping you cannot bring cooking gas, so unless you have a burner that uses petrol you’ll have to either get rid of your cooker or travel by car instead.

For up-to-date ferry schedules between Irkutsk, Okhon and Ust-Barguzin, check out the website of VSRP Irkutsk river transport company.

Taxis are also quite popular in Irkutsk, it costs about €1-€2 to ride in the city center, and from €15-€20 one way to Listvyanka, which is 60 km away.
This free independent travel guide to Russia exists thanks to the commission we get when you order these hand-picked trusted third-party services or when you buy our book. Please, support us!
russian visa
train tickets
guide book
hotels
car rentals
travel insurance

Emergency Cases If you have nowhere to stay, and you don't feel like being out, you can go to Irkutsk railway station, there's a non-comfortable, but secure waiting area.

Going Out in Irkutsk - Cafes and Activities

Irkutsk is not famous for its nightlife — there are a few clubs there, but most of them are quite ordinary.

For many travelers Irkutsk is a starting point to begin exploration of Lake Baikal.
Irkutsk Guide:
This free independent travel guide to Russia exists thanks to the commission we get when you order these hand-picked trusted third-party services or when you buy our book. Please, support us!