Author: Maria Mushtrieva (on 18 Aug 2015)
Tweet
Krasnoyarsk is famous for the national park "Stolby", which is located just 20 minutes by car from the center of the city. If you have more than a few days, you can go to Khakasiya or to Tuva republics, which are located to the south from Krasnoyarsk and offer a lot of various activities, including rafting, trekking, and mountain climbing.
Also, Tuva is one of the few regions in Russia that has retained its ethnical spirit: it is the center of Shamanism, unique ethnic cultural center and the "motherland" of throat-singing.

Stolby national park was founded to study the natural processes in the region. The park has very varied nature and a lot of species of plants and animals. It is a truly clean and pleasant place. The main attraction of the park are its cliffs that have strange curved forms, as if they were worked on by water. Because of the peculiar landscape Stolby became the local center of cliff-climbing. The original way of cliff-climbing invented by local sportsmen (called "Stolbisty") was acclaimed worldwide.
Every weekend there are a lot of people in the park and it is a great place to take a break from the city. 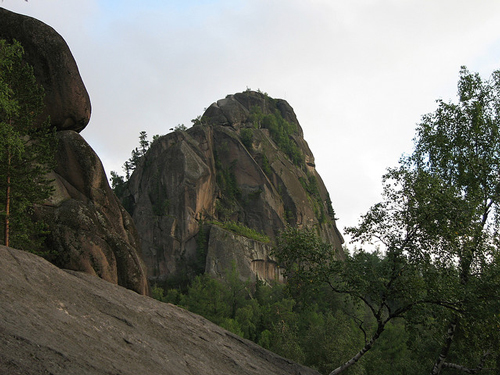 It takes about 1 hour to go there and back from the railway station (if there's no traffic jam, costs about 250R (€8) both ways). Don't take a taxi at the railway station or the airport - it's too expensive. It's better to order a taxi, it will come in 15 minutes.
See taxi companies' contacts in Krasnoyarsk Transport section. The cars can't go further the beginning of the park, but for 50R (€1.7) you can enter as far as Taletino check-point, which is about 2 km (20 mins walk) away. To get to the most interesting place in the park (which is where the cliffs are), you will need to walk about 1.5 hours from Taletino check-point. If you are lucky an occasional car will give you a lift, but it's rare.
Once you get to the main check-point Narym, you can walk around and enjoy the views on the cliffs. There are refreshment shops along the way, where you can buy a map of the park also. Accommodation can be arranged at Narym kordon, but only if you have your own tent. Otherwise, it's forbidden to camp and to make in the whole national park.

Another attraction is the Krasnoyarsk hydroelectric dam. The things is that Siberian rivers played a crucial role in the development of the region. In the beginning connecting cities and serving as a road in the "roadless" wilderness. But in the XX century they get to play even bigger role: they lay a foundation for the mere possibility of industry. The construction of dams was always connected with great difficulties and incredible efforts and sacrifice from the people, so no wonder the natives are so proud of it.  For they are truly an example of taming the wilderness and reshaping the world. Is it legitimate or not is arguable. But impressive for sure. 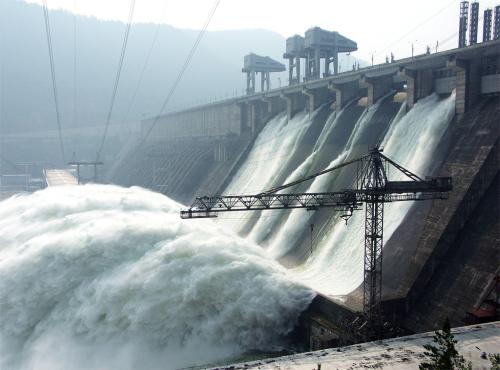 Tuva republic (also called Tyva) is located about 600 km south from Krasnoyarsk. It is considered that Tuva is located in the center of Asia and that the geographical center of Tuva region lies exactly where the capital of Tuva is, Kyzyl.
The region is completely unspoiled by industry (the main branches of economy and agriculture) and there are very few roads, which makes Tuva region not easily accessible, but very unique, authentic, and preserved. 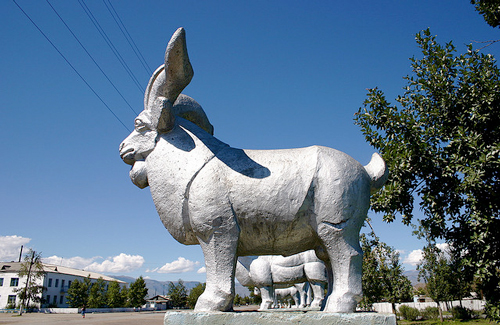 Most of the landscape is defined by mountains and taiga forests, which makes Tuva very attractive for active tourists. Such activities as rafting, mountain hiking, hunting can be practised here.
Also, Tuva is the center of local ethnic culture. The main religions are shamanism and buddhism and, unlike many other Asian republics in Russia, Tuva people managed to retain their national identity and culture.
In the capital of Tuva you can find traditional medicine centers, shaman schools, and buddhist centers.
Only 70 years ago Tuva was still an independent state, however, it was joined to Russia in 1944. Nowadays Tuva has about 300,000 inhabitants, more than 70% are ethnic Tuvinians.
Every year (usually July) there's a festival of world music and religion held at Tuva republic. See more information in "web resources" below.
The easiest way is to get to Tuva from Krasnoyarsk is to take a train or a plane (from Moscow) to Abakan (the capital of Khakasiya), and then take a local bus to Kyzyl (the capital of Tuva) from there. The train journey from Krasnoyarsk to Kyzyl takes about 10 hours, distance is almost 600 km. There's a daily train #124 departing Krasnoyarsk at 15.52 Moscow time and arriving at 2.23 Moscow time to Abakan. From Abakan there are a few daily buses to Kyzyl, the journey lasts about 4-5 hours. 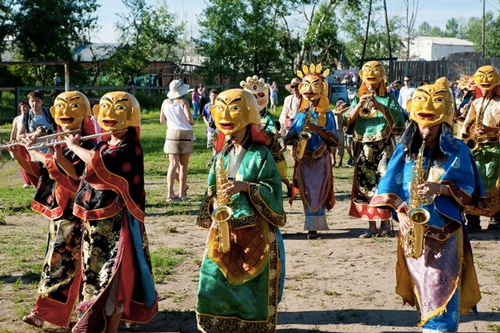 An interesting place to go in Tuva is the annual festival "Live Worldmusic and Interfaith Festival" - traditional music and ethnic cultures festival in Tuva, takes place every year in July, dates vary, so check their current program here  (currently their website is unavailable, they moved to Russian social networking platform vk.com).

Khakasia republic is located to south-west from Krasnoyarsk. This region is interesting for rafting and trekking activities. The capital of Khakasia is Abakan and you can get there by daily train N124 departing Krasnoyarsk at 15.52 Moscow time and arriving at 2.23 Moscow time to Abakan (travel time 10 hours). The train back is N124 with the same departure and arrival times. 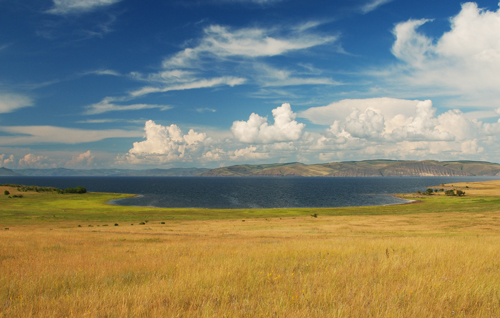 If you have some time inKranoyarsk and got tired of the city center, you can walk from the railway station along Yenisey river and to the 350-year Anniversary square (located opposite of Krasnoyarsk Hotel).

Going Out, Eating Out & Sightseeing in Krasnoyarsk

Perhaps, the best thing to do in Krasnoyarsk is to just walk around, to see a couple of exhibitions and definetely try to find the time to visit Stolby National Park (the nature is really astonishing).

Krasnoyarsk Museum Center is located close to the river, so you can combine the visit here with the river walk, but it is probably worth spending a whole day there.
Krasnoyarsk Guide:
This free independent travel guide to Russia exists thanks to the commission we get when you order these hand-picked trusted third-party services or when you buy our book. Please, support us!