Akademgorodok - Past and Present

Author: Maria Mushtrieva (on 14 Apr 2015)
Tweet
Akademgorodok is located in about a half-hour drive from the center of Novosibirsk. Back in the Soviet days it used to be a secret research stronghold of Siberia.
Nowadays it’s still one of the most important scientific centers in Russia.
The beauty of this place is the combination of wild nature, Soviet architecture and the mysterious scientific past and present. It really feels like Tarkovsky’s Stalker could be filmed here.
Officially it is called Novosibirsk Scientific Center, but people call it simply Academy Town (Akademgorodok). Much more quiet streets and mostly modest houses in the dwelling area, numerous buildings of scientific institutes, lots of green and people you can find nowhere else - these are the main features of this place.
In the 60s Akademgorodok was the unique and fabulous place in the Soviet Union. 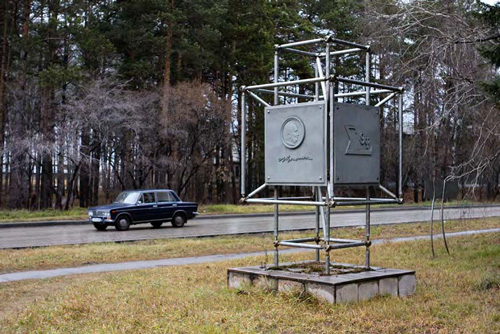 Here people dared to discuss the foundations of Marxist theory, bring forward the ideas of economical reforms, read books and listen to poets and singers not approved by the official regime. Arguably, the first club in the Soviet Union appeared in Akademgorodok.
The names of streets of those times speak for themselves: the main prospect was called "Science prospect", there were Romantics, Pearl and Golden Valley streets, Children and Spring lanes
In the seventies, though, this time had ended. Communist party and security organs took under control the life of this strange community - not without the help of some of its members. Seventies and eighties were the period of stagnation in Akademgorodok, reflecting the processes in the society.
Once young people grew older, lost their illusions and became trapped by everyday troubles. Problem of distribution of goods and housing took place of the science in minds of people. And still, some features distinguished Akademgorodok from the rest.
In the seventies started the tradition of celebrating the First of May with great open-air concert on the stage in front of the University building.
This was the celebration of freedom and solidarity with all the struggling people in the world, and on the stage were not professional musicians, but envoys from communist youth from all around the world. In the nineties, when it was done with communism and international solidarity, this tradition transformed in great musical festival, which visitors called "Woodstock in Siberia".
Collapse of the Soviet Union and reforms in Russia have changed Akademgorodok as well. The governmental support for the science has ended, and a lot of researchers left for Europe and the United States, and those who did not either live on meager salary or collaborate anyway with foreign partners.
The place of scientists is taken by businessmen and programmers, who made another "Silicon Valley" of Akademgorodok.
Akademgorodok is a very compact place you can walk through in half an hour. It is quite pleasant in the summer - just walk along the streets and courtyards watching trees in bloom and squirrels jumping from one branch to another or sit in one of the street cafes.
The main mall is called Ilyicha street, but the locals call it Broadway. It is 10 minutes walk long and all the main attractions - House of Scientists, cinema, shops, a number of cafes and restaurants are situated there or nearby.
There are quite a few bars, restaurants, cafes and clubs in Akademgorodok, but we recommend to visit the former canteen of House of Scientists, now a restaurant, to get the most of Akademgorodok ambient - Adress: 23, Morskoj prospect. 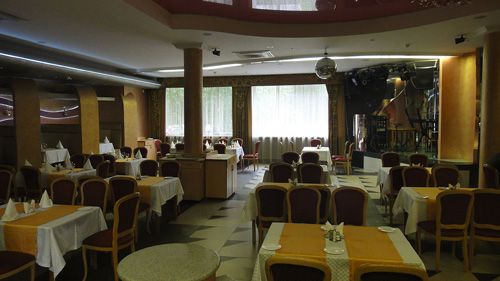 Akademgorodok is situated on the shore of an artificial Ob sea and has a total of 15 kilometers of sandy beaches, of which the most part are wild. Another favorite place for recreation is Botanical garden with picturesque alleys and gardens.
Akademgorodok is surrounded mostly by fields and forests, so it is great place for cross-country cycling, fishing and mushrooming. In winter there are great possibilities for practicing cross-country and mountain ski.
Though there is a regular connection with the center of Novosibirsk, the most convenient way to get to Akademgorodok is to take a taxi, which is 300 RUR (€5) from Novosibirsk.
Otherwise you can take bus #8 or minivan #15 at Rechnoy Vokzal metro station. You can also take suburban train from Novosibirsk-Glavny railway station direction "South" and go to Obskoe More (Ob Sea) station.
This way you get directly to the beach, and there is 20 minutes walk to Akademgorodok itself.

One of the few places, which try to activate cultural activities in Novosibirsk, is the project Loft Trava(funny enough, 'trava' means grass in Russian, so one might think about grass roots organizations).

Going Out in Novosibirsk - Food, Entertainment, and Activities

Novosibirsk: Getting There and Around

Traveling to Novosibirsk: You can travel to Novosibirsk by plane or by train.
Novosibirsk Guide:
This free independent travel guide to Russia exists thanks to the commission we get when you order these hand-picked trusted third-party services or when you buy our book. Please, support us!