Author: Maria Mushtrieva (on 14 Apr 2015)
Tweet
Novosibirsk is about 2 days journey from Moscow and 1 day from Ekaterinburg. It’s the capital of Western Siberia, a major industrial and scientific center.
Not so much sightseeing in the traditional sense of the word as most architecture is relatively new, but there is something magical in this sprawling concrete city located in the midst of Siberian taiga forests.
Also, the adjacent Akademgorodok used to be a secret scientific center, so it’s well worth a visit for some nostalgic trip into the Soviet past. There’s also a lake near the city and hectares of uninhabited forests providing for a nice break from the long train ride. 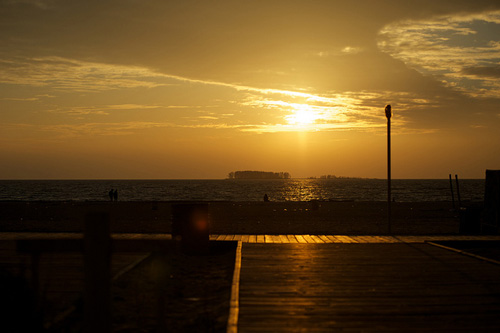 Novosibirsk is the largest city in Siberia with population over 1,6 million inhabitants, and it is the richest city in the region.
Officially, the date of the foundation is 1893 but it has become a city only in the beginning of the 20th century.
Actually, the camp for the workers, who were building the bridge across river Ob' to continue the Trans-Siberian Railway was settled in the 1893.  After the bridge was finished, this camp became a town - Novosibirsk. 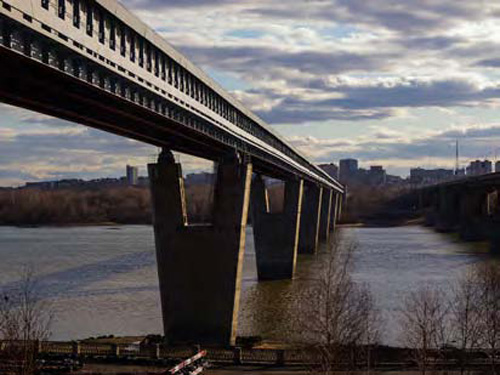 Rich cultural life of Novosibirsk is provided by six theatres, a local orchestra and a musical conservatory. The Novosibirsk Opera House is an architectural masterpiece itself and includes two ballet and opera groups well-known in the world.
The city was considered to be the business capital of Siberia, so the largest Siberian banks and the Siberian Stock and Commodity Exchanges are situated there. 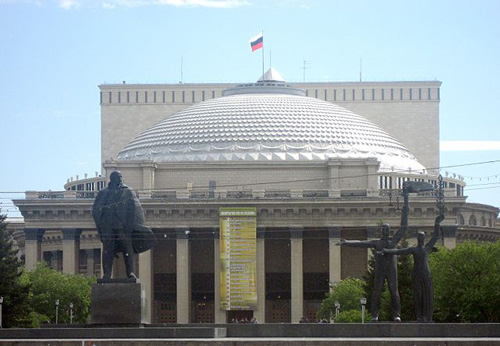 Novosibirsk is an interesting mix of a big city and provincial town. The monumental central avenue (with Stalinist buildings), squared functionally planned streets, famous University, large railway station, and village-like suburbs, helpful people and reasonable prices – all in one city.

One of the few places, which try to activate cultural activities in Novosibirsk, is the project Loft Trava(funny enough, 'trava' means grass in Russian, so one might think about grass roots organizations).

Going Out in Novosibirsk - Food, Entertainment, and Activities

Novosibirsk: Getting There and Around

Traveling to Novosibirsk: You can travel to Novosibirsk by plane or by train.
Novosibirsk Guide:
This free independent travel guide to Russia exists thanks to the commission we get when you order these hand-picked trusted third-party services or when you buy our book. Please, support us!