Author: waytorussia (on 14 Apr 2015)
Tweet
The original Russian name for the railway is "The Great Siberian Way", the name "Trans-Siberian" was given to this route by the West, and became very wide-spread. This railway is the backbone of Russia. It is the only overland route going through the whole country. This unique status makes the railway still quite important for the economy and safety of the country, as it was supposed to be more than 100 years ago, when it was built. 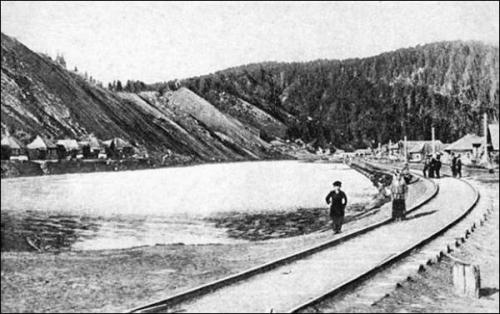 It takes more than six days to travel along the whole Trans-Siberian, so it is recommended to make stopovers along the way — like this your trip will be much more interesting also.

• The Trans-Siberian Route: Moscow - Vladivostok – the original Trans-Siberian railway, which goes all along Siberia and through the Far East (to the Pacific Ocean) to Vladivostok. The main route starts in Moscow and goes through Yaroslavl, Kirov and Perm to Ekaterinburg and further through Siberia to Vladivostok. The Southern route of the Trans-Siberian starts in Moscow and passes through Kazan and onwards to Ekaterinburg where it joins the main route. Trains that go there: #1 and #2, #44 and #45 and any local trains connecting major Sibirian cities along the way

• The Trans-Mongolian Route: Moscow - Ulan-Bataar - Beijing. You will see Siberian plains and forests, Mongolian steppe and even a part of Gobi desert along this route that goes through Mongolia to China. This part of the route passes through Mongolia and goes into China. Check if you need a transit visa for Mongolia if you're taking this route. Trains that go there: #3 and #4, #5 and #6 (see train schedules and costs)

• The Trans-Manchurian Route: Moscow - Beijing – a direct way from Russia to China that goes around the Eastern border of Mongolia, not crossing it. It can be interesting for those, who are not interested in going to Mongolia, or who can't get tickets for other trains. Trains that go there: #19/#20 (see train schedules and costs)

Read more about the different routes in the Trans-Siberian Railway Routes section.

If you want to plan your journey with stopovers, see the live train schedules and reserve train tickets, check out our Trans-Siberian train online journey planner.

The main route St.Petersburg – Vladivostok was already completed at 1903, but there were many temporary constructions, so for 13 more years the permanent bridges, tunnels and stations were added.

October 1916, when the bridge across Amur river started to operate.
There was no steady connection between European Russia and its Asian areas. Meanwhile Japan, China and England wanted Asian territories to be out of Russian control and Russia had to make it secured. This was the main reason to construct the railway. However, ultimately, the construction of the Trans-Siberian railway let Russia develop Siberia and Pacific shore.

Nowadays Trans-Siberian is still very important for Russia; the route is the shortest way between Europe and Asia, and Russian Railways (which is a government company) is making money by transporting goods from China and Japan to Europe. 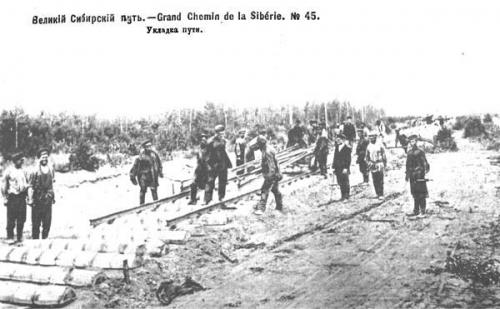