It’s better to make a few stopovers along the Trans-Siberian route, as it will make your experience more diverse and also make your journey more comfortable. If you are a hard-core train fan you can of course travel all the way from Moscow to Vladivostok (or Beijing), but you will regret that you haven’t stopped at Baikal lake after you see it passing by your window…

Kazan is on the Southern Trans-Siberian route, meaning that not all the Trans-Siberian trains cross there, but it's definitely worth a visit. You can take a fast train that'll take about 8 hours and then onwards to Ekaterinburg or use one of the long-distance Trans-Siberian trains (like 082 Moscow - Irkutsk) that stop there. Kazan is a great place to explore for a couple of days. It’s the capital of Tatarstan republic and is predominantly Muslim, making it different from the rest of Russia in a very special way. It’s a friendly, clean, and safe city: there are many touristic sights and a bunch of cool clubs and bars, so you’ll definitely have some fun there. 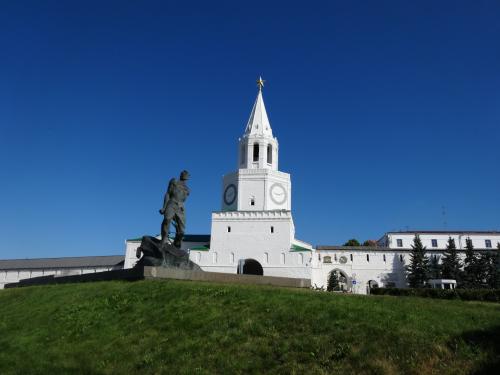 Ekaterinburg is a 32-hour journey from Moscow – a major industrial city in Urals famous for its constructivist architecture and UralMash mafia gang from the 90s. Nowadays it’s much safer than it used to be, so bury all hopes of getting back into the brutal reality of the early capitalist Russia. Instead it’s going to be some off-the-beaten track constructivist architecture sightseeing and the night-time clubbing experience to rival Moscow in many different ways. Perfect to stop by for one or two nights. 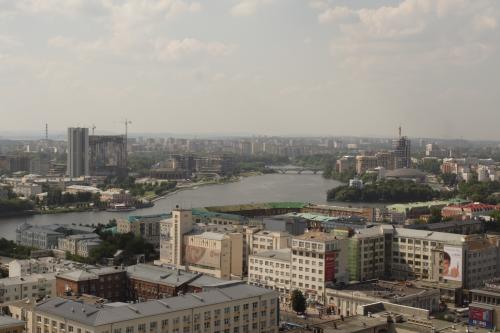 Novosibirsk is about 2 days journey from Moscow and 1 day from Ekaterinburg. It’s the capital of Western Siberia, a major industrial and scientific center. Not so much sightseeing in the traditional sense of the word as most architecture is relatively new, but there is something magical in this sprawling concrete city located in the midst of Siberian taiga forests. Also, the adjacent Akademgorodok used to be a secret scientific center, so it’s well worth a visit for some nostalgic trip into the Soviet past. There’s also a lake near the city and hectares of uninhabited forests providing for a nice break from the long train ride. Finally, Novosibirsk is the place to explore Altay mountains and the neighboring city of Barnaul. 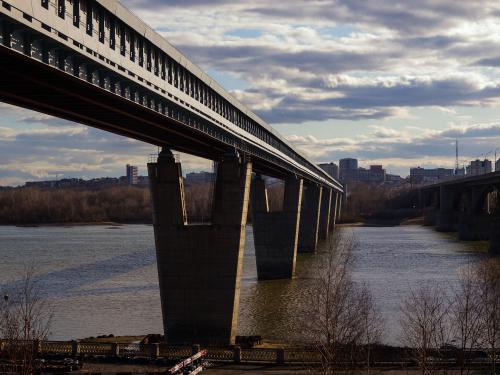 The most special thing about Novosibirsk, though, is that it’s the entrance into Altay mountains. You can get a train or a car ride to Barnaul (250 km or 3 hours away), which is a super welcoming city in itself, and then travel from there to Altay mountains. Altay has all kinds of activities ranging from trekking to rafting and has many comfortable tour bases as well as campsites. So if you have a chance give yourself at least a week for Novosibirsk and Altay. 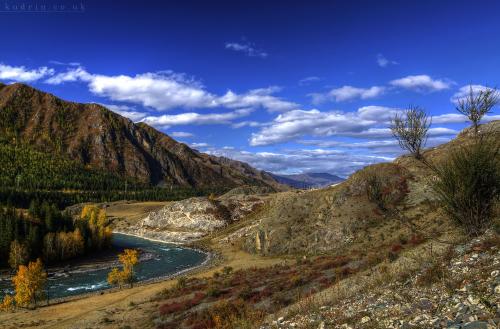 Krasnoyarsk is 3 days from Moscow and is a beautiful city situated on the powerful Enisey river. That view alone is worth a visit – to witness the power of the Siberian river rushing through the Siberian lands is once-in-a-lifetime experience. Krasnoyarsk is also the Russian center for rock climbing – the beautiful natural park outside of the city offers many free-climbing and bouldering opportunities and is a great place to camp or to walk around. If you have a few days for Krasnoyarsk, you can head down to Tuva republic deep in the mountains famous for its shamans (of which there are not too many left) and interesting for the very special and weird mix of traditional culture and Soviet infrastructure. 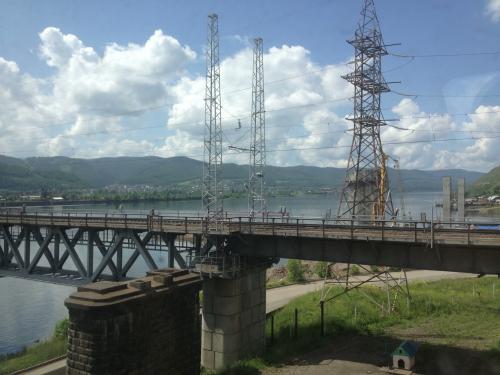 Irkutsk is 4 days from Moscow and 2 days to Beijing or Vladivostok. It’s the major city on Baikal lake, interesting because parts of it still look like a village. You probably won’t want to stay there too long and instead use it as a hub to access various parts of Baikal lake. The easiest and the fastest way is to take a car or a bus to Listyanka settlement, which is one hour away. Located on the shore of the lake it’s the main touristic location on Baikal with very comfortable accommodation options and lots of activities. If you have a few more days it’s much better to take a 6-hour bus (or a car) to Olkhon island in the middle of Baikal lake. That place provides for a much more authentic experience even though it became very touristic during the past years (which also means you have more comfortable options to stay). The magic is still there. 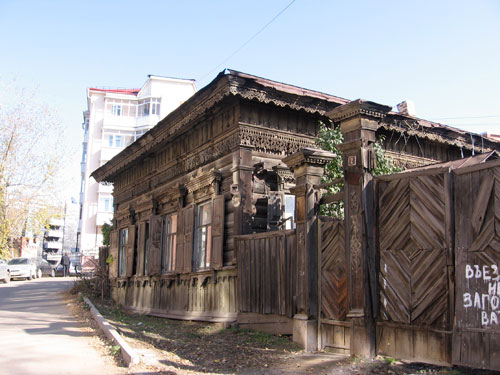 Baikal Lake is the biggest freshwater lake in the world located near Irkutsk and Ulan-Ude. It’s a beautiful nature reserve, a wild spot suitable for any sort of adventure: be it a touristic ride or a spiritual journey. If you’re traveling Trans-Siberian don’t miss the opportunity and stop there for at least a day, but better a whole week. Not only you’ll have a relieving break after several days of traveling, but also experience the most beautiful time in the nature. 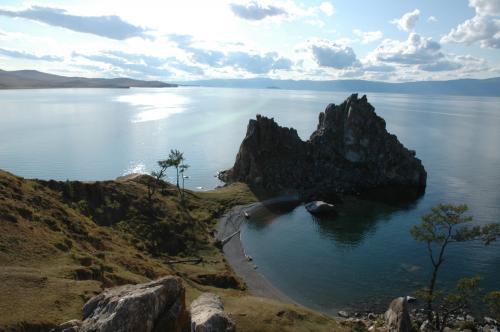 Ulan-Ude is only 8 hours from Irkutsk and is super interesting because it’s the first city after Ural mountains that really looks and feels like Asia (even though you’ve already spent 3 days there). The locals are super nice and friendly and Ulan-Ude is the capital of Buryatia republic, which is buddhist. So it’s very different from the rest and offers many great opportunities for sightseeing. Also, Ulan-Ude is a great starting point to explore the Eastern side of Baikal lake, which is quite well-developed but not in the same way as the Irkutsk side. It caters more to independent travelers and has more sanatoriums, so it’s a bit less organized, less concentrated, and slightly more wild. 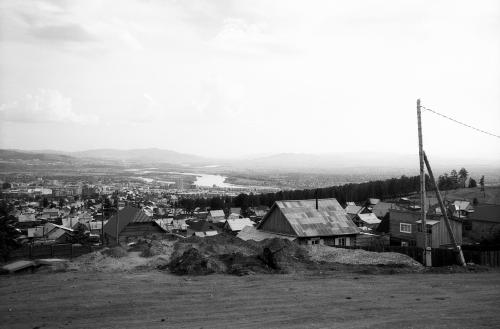 A city, which is located on Amur river, China is just on the other shore. A nice and friendly town, and an important break from the train journey as well. 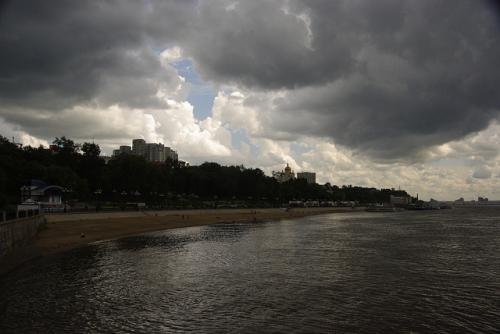 Vladivostok is the last stop along the Trans-Siberian, after 6 days. It’s the main Russian port at the Far East, looks amazing for the mix of rundown infrastructure imposed on top of the super powerful natural seaside terrain. It’s also a hub for further travels to Japan or Korea. 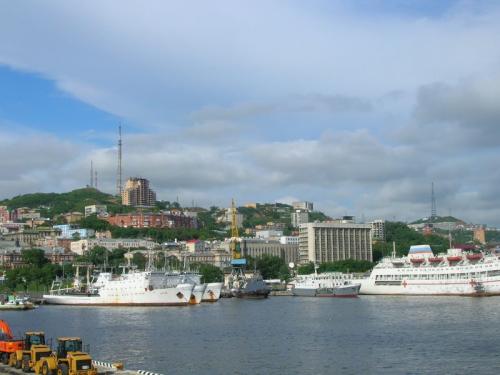