Flights to Russia: How to Get There and Recommended Airlines

Author: Dimitry Paranyushkin (on 20 Mar 2019)
Tweet
Russia is not as far away as it seems. It's only a 2-hour flight from Berlin and a bit more than 3 hours from London. The price of a return ticket from most European cities to Moscow is somewhere between €150 to €300. There are also many flights daily from major US cities, and you can get a return flight to Moscow from New York for about $450-$700 normally, depending on the season and how far ahead you book.
There are also several budget airlines that fly to Russia from major European cities. For example, Utair airlines flies from Berlin to Moscow for €70 one way and you can use the local low-cost airline Pobeda (a subsidiary of Aeroflot) and fly to Moscow from many European cities for €50 one way (but they are very strict with extra luggage, so watch out). You could also use budget flights to Baltic states (for example, Riga in Latvia with Air Baltic) and then take a train or a bus to Russia. If you go for one of these options, you'll be able to make it to Russia for about €60 one way. Read more about that in our Budget Travel section.

If you're traveling within Russia, sometimes taking a flight may be cheaper and certainly faster than taking a train. For example, a one way flight from Moscow to Irkutsk (Baikal lake) costs the same as a 2nd class train. The difference is that the flight takes 6 hours, and the train takes 4 days (although of course you're losing out on the unique Trans-Siberian experience and tons of free vodka from your co-travelers).

Finally, Russia is a good stopover point if you're traveling to far-out Asian destinations. There are some cheap direct flights to Bangkok ($400 return) and to Dehli ($400 return) with Aeroflot, for example. 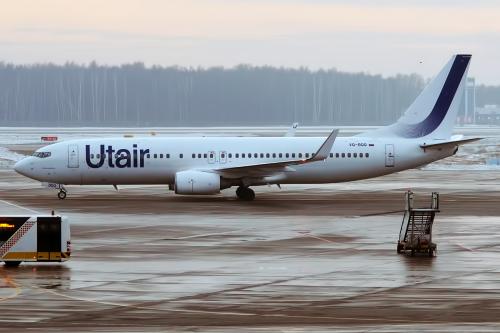 While your main consideration may be the price, most of the airlines have the same prices, so it makes sense to look at other factors as well. For example, many carriages have strict luggage rules and you don't want to end up paying €100 extra just because you did not read the fine print. Another consideration is the airport where the flight is arriving.
If you don't want to care about the luggage too much, try Aeroflot — the Russian airlines. They are about 100 years old, have new planes, and a very good safety track record. Most of their flights have 23kg check-in luggage allowance and 10kg + small laptop bag for the carry-on. All their tickets include the check-in luggage, so you're not risking to run into hidden fees. Their prices are quite competitive, especially to long-haul destinations in the US and Asia and for some destinations in Europe (e.g. Germany, Italy, Greece).
Another airline we can recommend is Utair. This is a smaller national airline but their service is great and their prices are low. You can get a ticket from Berlin to Moscow for €50 one way (with no check-in luggage), so it's great for short trips. They also have an extensive network of flights within Russia, so if you're traveling to smaller cities, they're a good choice.
Pobeda is a Russain low-coster owned by Aeroflot. They have very low prices but very bad service and very strict luggage rules. So avoid them at all costs unless you want to fly to Moscow for something like €30 one way.
S7 (former Sibir Airlines) is not particularly cheaper than others, but they have an extensive flight network, so you might want to use them if you're planning to go to Siberia. 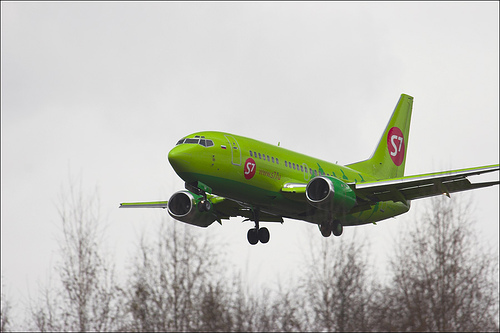 Good prices, great branding, and very friendly staff, although the planes are a bit older and crammed. They have an extensive network throughout the whole Russia and very cheap flights to Europe.
Internet: www.utair.ru
Contacts: +7 (095) 241-76-76 (Moscow, Russia)

These offer great deals for people under 26, and if you miss your flight or exchange a ticket, you can get a new one for a very small fee. So they are highly recommended. Besides, they have offices in all major Russian cities, so if you need an agent and even if you're not a student or above 26, go there, because probably you'll get the most travel-friendly service than anywhere else.

If you'd like to buy a Russian train ticket, you can do it yourself at a train station, through a travel agency, or online.

Have you ever wondered what would happen if you are late for your train, suddenly decide to stop in the middle of a 4-day Trans-Siberian journey, orwhether you can carry this fancy Soviet Uralmotorcycle back home by train.
Transport Guide:
This free independent travel guide to Russia exists thanks to the commission we get when you order these hand-picked trusted third-party services or when you buy our book. Please, support us!