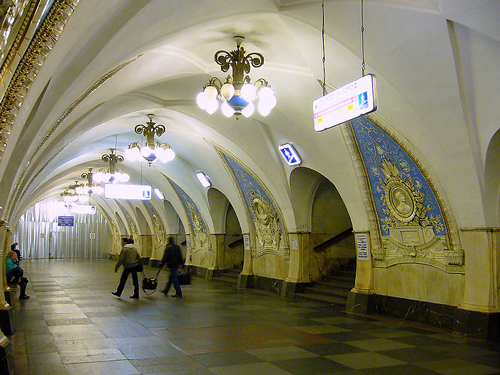 That is what the agenda of socialist art is. It needs to be: relevant to the workers and understandable to them, depicting scenes of everyday life of the people, supportive of the aims of the State and the Party, and realistic in the representational sense (no deformations: just perfect bodies of perfect humans). 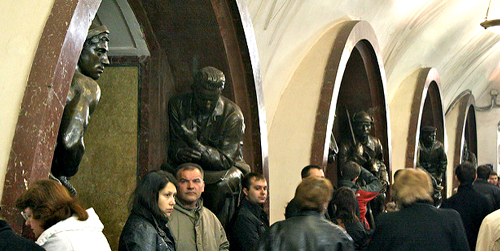 Based on these foundations, socialist realism constructs a fiction of "it will has been" -  masking the future as a near past. Clearly, it wasn't such an easy task: to trick a soviet citizen to believe that the life is great.
But this is the power of images. 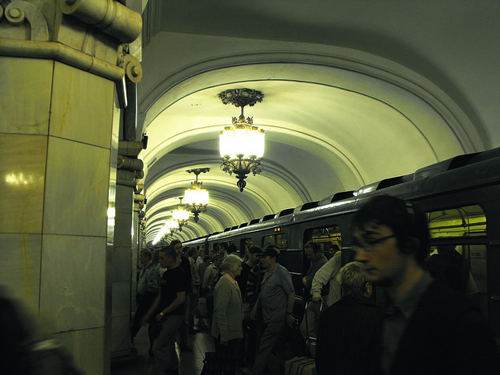 Now the marble turned yellow, benches held the weight of millions butts, yet the mosaics and portraits are still working somehow, lurking into the subconsciousness of the Russians from the murals. Only tourists can see them. To the locals they have became invisible - as it often happens with propaganda. 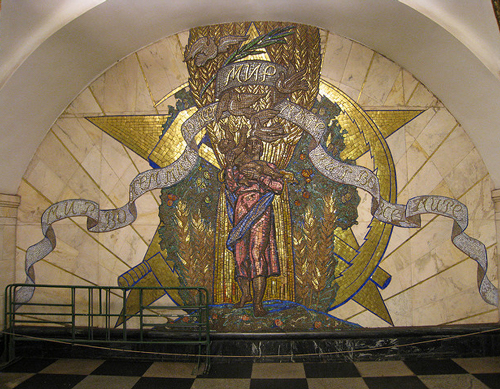 Clearly, mass construction leads to a situation when a lot of people are gathered together on a relatively small territory.
Russian Architecture Guide:
This free independent travel guide to Russia exists thanks to the commission we get when you order these hand-picked trusted third-party services or when you buy our book. Please, support us!