Author: Maria Mushtrieva (on 15 Jul 2016)
Tweet
Clearly, mass construction leads to a situation when a lot of people are gathered together on a relatively small territory.
Russian case is not that extreme, but e.g. an average mid 80s apartment block would have 12 stories and from 5 to 6 entrances. Buildings are maybe not that high, but there are a lot of them. 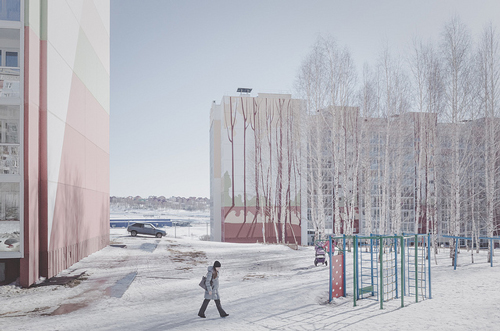 This means a lot of families and it demands a place, where excess of children's energy could be actualized. Needless to say, it is a courtyard. While Russian version of it can barely claim the uniqueness, let's still look at the ideological patterns which it evokes. 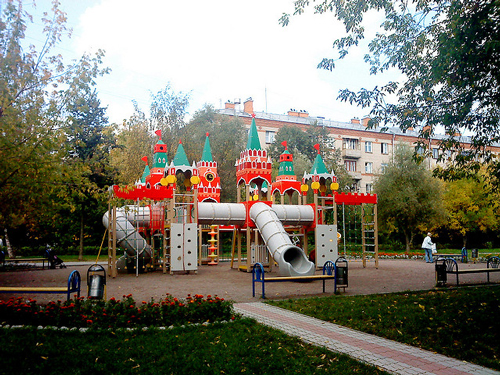 The setting is usually framed by the presence of old grumpy ladies on the margins of courtyards, at time raising their voice from the benches at the entrances into the "palace" or from its windows. Such panopticon constellation evokes in a child from the very early age a complicated relation to servants of order (grannies, bureaucracy, police, state) and to the means of evading it/them (tricks, bribes, schemes). 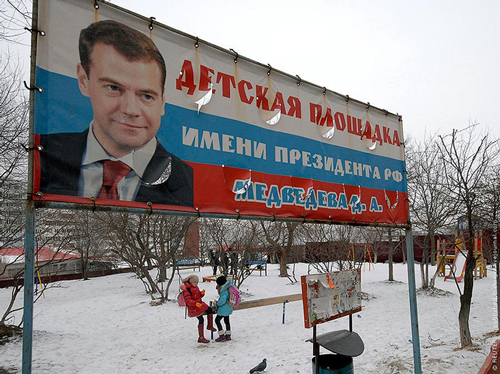 By the way, grannies. Recently, in Tver (a provicial city not far from Moscow) one granny ordered a demolishment of the playground, because she couldn't stand anymore children screaming. The willpower of a Russian woman shall not be underestimated. 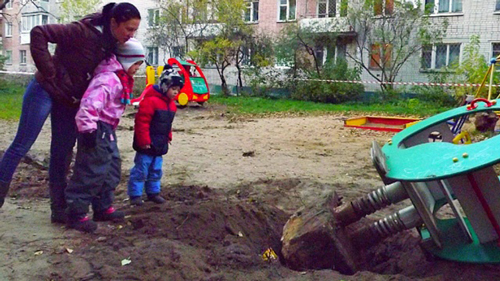 But back to playgrounds themselves. Conceived as the means to free parents schedule, it has always been an important socialization platform. First fights, first kisses, first beers.

Unlike the Russian ones, the Soviet playgrounds were considered relatively safe. So nowadays there is a feeling of nostalgia among the population about the disappearance of these spaces. 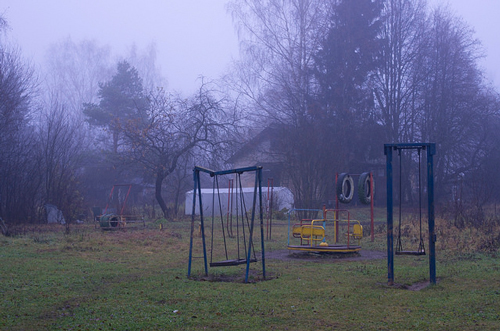 Now most of them are occupied by local alcoholics rather than children, but still controlled by the same grannies.

Socialist realism in architecture finds its best implementationin Moscow's metro.
Russian Architecture Guide:
This free independent travel guide to Russia exists thanks to the commission we get when you order these hand-picked trusted third-party services or when you buy our book. Please, support us!