The poetry of Vladimir Mayakovsky and other Russian futurists will give a good introduction to the new wave in Russian literature that occurred at the beginning of the 20th century. Their creative use of language and desire to search for new forms can still be very inspiring for many fields, beyond poetry and literature. 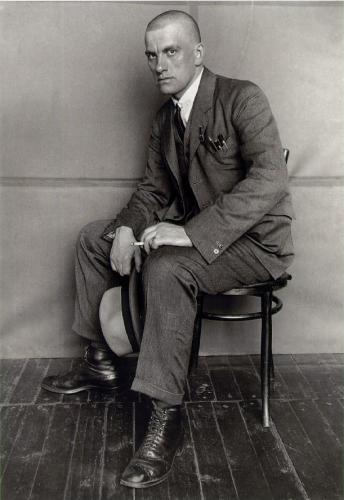 A beautiful poem by Vladimir Mayakovsky:

Listen,
if stars are lit
it means - there is someone who needs it.
It means - someone wants them to be,
that someone deems those specks of spit
magnificent.

And overwrought,
in the swirls of afternoon dust,
he bursts in on God,
afraid he might be already late.
In tears,
he kisses God’s sinewy hand
and begs him to guarantee
that there will definitely be a star.
He swears
he won’t be able to stand
that starless ordeal.

Later,
He wanders around, worried,
but outwardly calm.

And to everyone else, he says:
'Now,
it’s all right.
You are no longer afraid,
are you?’

Listen,
if stars are lit,
it means - there is someone who needs it.
It means it is essential
that every evening
at least one star should ascend
over the crest of the building.