The Russian folk song tradition somehow feels to be very connected to the nature and the landscape it comes from. Just like the Russian forests or plain flatlands, there's an interesting mix of simiplicity and complexity. And Olga Fedoseevna Sergeevna's songs reach a sort of pinnacle in that realm.

Her minimal voice follows the threads of imagination, telling us the stories of love and murder, memories and forgotten fantasies, personal secrets and observations. Traveling along many octaves and subtones, its intricate complexity is hyptonizing, resonating with multiple cultures: from the Asian traditional songs to the Celtic melodies. 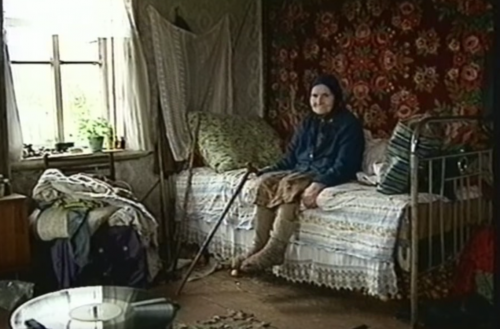 Olga Fedoseevna Sergeeva came to prominence in the 80s, when she was discovered by Tarkovsky: he used some of her recordings in his film Nostalgia. She lived in Pskov region (North-West Russia) and died there in 2002 when she was 80 years old. Luckily, during the last years of her life many recordings were made of her songs, published on vynils and CDs, as well as some documentary films, showing her life and talent.

Music is a very special realm, a universal language, which allows people to connect on emotional level bypassing the limitations of language, space and time.

Feduk is a popular Russian rapper and singer, who became very well known in 2017 when he released his single Rozovoe vino (Розовое вино) together with Allj.

Tatarka is a hiphop artist from Tatarstan in Russia, she has a good vibe in her sound and she sings in Tatar, which adds something very authentic to her tracks.
Music in Russian Guide:
This free independent travel guide to Russia exists thanks to the commission we get when you order these hand-picked trusted third-party services or when you buy our book. Please, support us!