Author: waytorussia (on 05 Sep 2018)
Tweet
There are a few words in Russian that do not exist in any other language. Those words point to something that is unique to the Russian self and beyond. Learning them will not only be a good addition to your vocabulary, but will also open up a whole new universe, which is not available to the bearers of other languages. We've also included some Russian words that have a foreign analogue, but that are so special in their etymology that they deserve to be next to the untranslatable ones, as they open up a different perspective on what we've considered as given before.
Nadryv - Надрыв - means a tear or a break, used in the context when you talk about soft material that is broken, but can also be used if you want to talk about the inner tension of somebody who is about to break.

Nutro – Нутро - means the guts or the insides, something that governs your inner being, that can be crude and raw and towards the outside, but also something that you feel inside. It’s your core and your being connected to your physical being in a very tangible way.

Kaif – Кайф - is a word to say that everything is perfectly good, that it feels good, and that the experience of that situation is just amazing.

Volya – Воля - means both "freedom" and "will", but also a vast natural landscape. You could find yourself at a huge field and shout "volya!" and that would refer both to the landscape and to how you feel inside.

Pizdets - Пиздец - something like the French “putain”, which is a not very polite way of saying how something is either super fucked up or amazingly great, depending on the context. It’s interesting that Pizdets comes from the word “pizda”, which means “cunt” and that a similar Russian word “Khui”, which means “dick” cannot be used in the same polysingular manner.

Smysl - Смысл - is both the “meaning” and the “sense” in Russian. The word itself means a binding (s-) of thoughts (mysl) together and explains in a very precise way how Russians make sense of things.

Sobytie - Событие - Russians love to think in terms of interconnected multiplicities and this word is another example of it. Bytie means “being” and So- means when something is bound together, so then many different processes of being happening together means an event (Badiou could find that quite stimulating).

Tsar – Царь - is the one who oversees everything. A very useful word to introduce into your vocabulary, as it implies utmost and total control of everything legitimized by the divine order.

Vera - Вера - in Russian you use the same word for “faith” and for “belief”, that’s why when you believe in something in Russian there is no need to question it as it is based on faith and not on some common-sense rational approach.

Nezhnost - Нежность - means tenderness. While it’s a word that does exist in other languages, its origins come from “nega” and “gladky”,  which means soft surface that has a little friction as possible. Surprisingly, a lot of things in Russia are “nezhny” even if they look crude at the first sight: from people and surfaces to situations and various foods.

Zamutit’ - Замутить - literally means to stir something up, to muddle.  Can be used to indicate getting with a boy or a girl or to organize something.
Terpenie - Терпение - a word of the Slavic origins that means suffering through waiting – the kind that does not exist in any other language. Having this word in one’s vocabulary means two things: that this behavior exists and that it has a name.

Podkatyvat’ - Подкатывать - literally means to roll something from under. The meaning of the word refers to a situation when somebody (usually a man) wants to get with somebody else (e.g. a woman). He rolls up from under to her (don't ask us what it is) and then it is up to her to respond to his advances or to let him go.

Tusa - Туса - comes from the word “shuffle” but means a party, which kind of tells you a lot about the kind of parties Russians like.

Ryvok - Рывок - means a fast movement or a change that leads to progress. Sometimes this movement can be so fast that there is a tear. Which is a very typical Russian thing: from Industrialization (page 93) to Ilya Muromets (page 99).

Zhest - Жесть - Russians use this word to identify something that’s totally fucked up crazy wrong, like it couldn’t have been worse. Literally it means tin metal, but you can use it to describe a situation or the way you feel.

Zhertva - Жертва - is a sacrifice. Russians like to use this word and for many it’s an important concept. The idea of sacrificing oneself for something is very strongly reiterated through culture, education, fairy tales and everyday reality, which demands everything in exchange for a feeble promise of light.

Podvig - Подвиг - is a Russian word for a “feat”. Unlike its English counterpart, which originates from the word “factum” or something that has been done or made, Podvig literally means when something shifts place. It is an event that marks a movement, a change of context, a big achievement that separates the world around itself into what has been before and what will be after.

Zachem - Зачем - used to say "why", but literally means "what for" (за = for, чем = what). Indicates the subconscious drive of a Russian-speaking person to find the purpose rather than the reason. 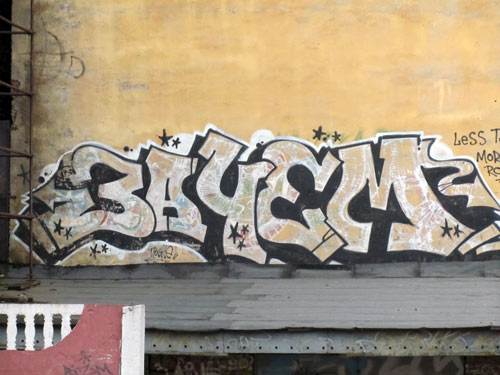 The main thing about swearing in Russian is the attitude.

Part 3: How to count in Russian - Russian language tutorial and phrasebook

To count in Russian is to get one step closer to the very advanced mathematical intelligence that Russians have.

If you want to learn something before traveling to Russia, learn the Russian alphabet.
Russian Language Guide:
This free independent travel guide to Russia exists thanks to the commission we get when you order these hand-picked trusted third-party services or when you buy our book. Please, support us!