Author: Dmitry Paranyushkin (on 27 Aug 2018)
Tweet
#systema - is a system of adaptation to one’s environment. It is a physical and spiritual practice originating from ancient Cossack and eastern martial arts. Based on principles of the natural movement, relaxation, and continuity, it allows one to become more adaptable to any environment, including a combat situation. 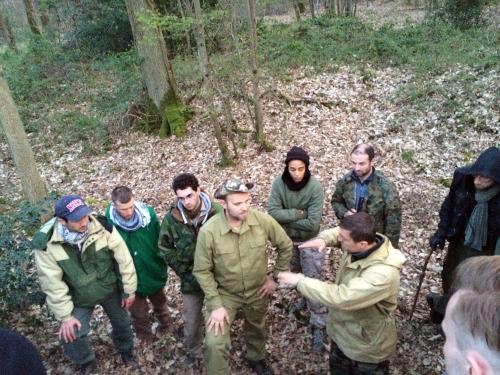 One of the most prominent practitioners of Systema, Mayor Komarov, illustrates how Systema works through explaining the different approaches to survival.
The Western type of survival has a tool for every situation – the man is a conqueror.
The Eastern type of survival is based on retreating back into oneself through various meditative practices.
The way of Systema, the Nordic way of survival, is based on observing the nature and adopting to it. Neither inventing the tools to conquer, nor retreating into oneself. Instead, working in direct and dynamic interaction with the changing environment, in order to adjust the workings of external chaos to the benefit of oneself, the others, and the environment itself.


Further recommendations:
1) You can try Systema in Moscow at one of the daily trainings (in English)
2) If you're not in Moscow, try going to Systema's main website to find the school nearest to you (they exist in all major cities in Europe and US)
3) Read about hybrid warfare to learn about the political implications that Systema may have

The concept of network warfare is a popular military doctrine of today first introduced by the Swedish and US military.

#polysingularity - is a practice of cognitive variability.
Russian Specialities Guide:
This free independent travel guide to Russia exists thanks to the commission we get when you order these hand-picked trusted third-party services or when you buy our book. Please, support us!