#stalker – the famous film by Andrei Tarkovsky is not only a beautiful cinematographic work, but also an amazing philosophical tale. Its narrative is a metaphor about the different ways to explore the world: though belief, poetry, and science. 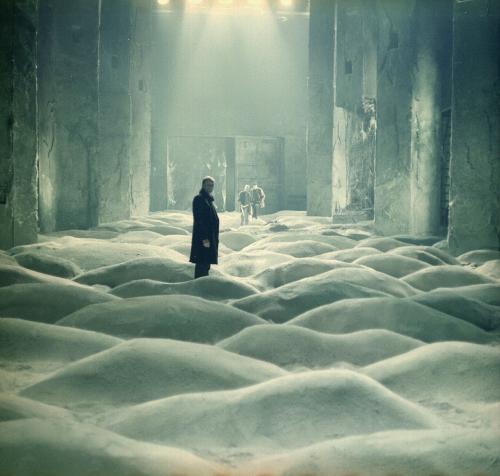 The main character, Stalker, guides a scientist and a writer into the forbidden “zone” towards the room where all the wishes come true. The Stalker proceeds through the zone according to his own belief system, which nobody really understands: he simply throws the bolt towards the direction to follow. The writer is then usually the first one to walk into the unknown. The scientist arrives last with a detailed rational explanation of what’s happened...

PS
1) travel to Novosibirsk’s Akademgorodok formerly closed science city surrounded by the beautiful Siberian nature;
2) next time you make a decision, try to simply throw a bolt towards the direction of your intuition or where your system is telling you to throw it;
3) read more about Tarkovsky's films in our Russian cinema guide