Author: Dmitry Paranyushkin (on 04 Feb 2015)
Tweet
The old ladies are very noticeable in Russia, they're called 'Babushka' – Russian for "granny" – and they are in charge much more than it may seem.
You can't come to Russia without meeting them, as they seem to spend their days outside. They usually join together for a chat on the benches in front of their homes, or they walk their dog in the parks. Because they are in every public place, they contribute to making the cities feel safe, even in the evening. 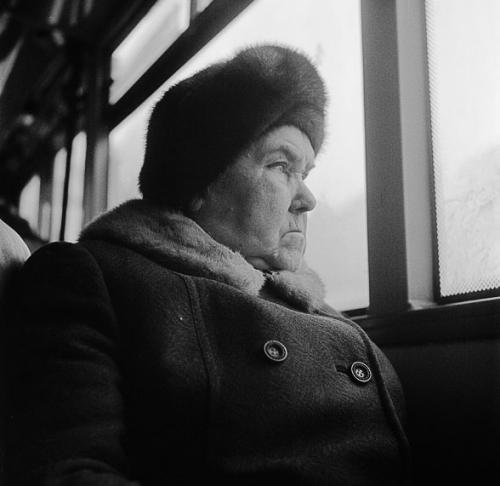 In the West, the grannies are often seen as feeble and afraid of crossing the street alone, or getting stolen their handbag. In Russia, Babushka will manage by herself and make herself respected. She will often tell people off in the metro, fight her way to get a seat in a crowded bus using their elbows, pass in front of the others in the lines at the bank.

Most Babushkas grew up during the hard times and they never miss a chance to remind people about that.

Believe it or not, but Babushkas comprise a formidable political force in Russia. Having quite a lot of time on their hands, they are the ones who go to all the elections and vote for the guys who made an effort and reached out to them to at least acknowledge their difficulties in life. Those politicians who disregard the force of Babushkas and do not appeal to them, end up with a meager 10%, because most people in Russia do not vote, but Babushkas, who comprise about 15% of the voting population, do vote.

Most of Babushkas live with their children and grandchildren, homes being expensive in big cities. They take care of their grandchildren, and sometimes work also for other families as nannies or home-help. 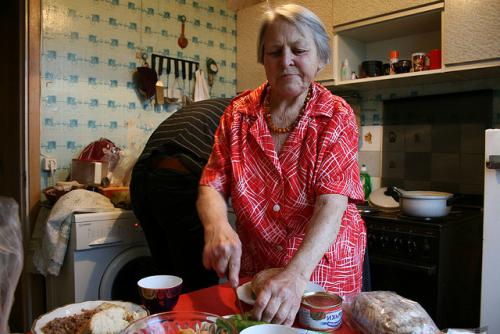 They get a very low State pension (10000 R ~ $200 per month), so they often find small jobs, which will let them earn a bit more. Some Babushkas choose to do government jobs in public places, which let them earn something like twice more than if they were only on their pension. So you will see them keeping the metro, sitting in the museums, cleaning the railways. Some other Babushkas find other ways of making money: or example, they wait for travelers arriving at railway stations in St Pete, and propose them to live at their apartment. Sometimes they are honest nice grannies who let you sleep in their warm cozy Soviet flat, sometimes they give you a false set of keys and when you get to the flat, it seems to be the wrong door, but the Babushka is already far away with your money. In big cities, many Babushkas grow vegetables in their garden outside of the city, and sell them in the streets or next to Metro stations. In Summer, they sell fresh stuff like cucumbers, parsley, berries and in Winter: jarred mushrooms, cucumbers, tomatoes, jams. On the transsiberian stops, a lot of Babushkas come and sell to the travelers: warm home-baked cakes filled with potatoes or cabbage, special sweet waffles, bags of tomatoes and boiled potatoes, smoked or salted Baikal fish... It can be very tasty. In Moscow, on weekends, they dress up well and meet in Izmailovski Park for dancing and singing parties. Old men 'Dedushkas' play accordion, and Babushkas sing and dance traditional Russian songs. It's worth to go and see how they party outdoors in the park.

In the 90s Russia became popular not only as a new "unexplored" travel destination, but also as a place to find a "perfect" wife (and more rarely – a husband).

Interesting Facts about Russian Women and Women Rights in Russia

Russia has the legacy of the Soviet Union, which – at least on paper – respected the equal rights between men and women.
Russian Women Guide:
This free independent travel guide to Russia exists thanks to the commission we get when you order these hand-picked trusted third-party services or when you buy our book. Please, support us!