The chances of finding an English-speaking doctor in Kazan on short notice are minimal and there are no Western clinics in the city. If you get sick you should try to get to Moscow. If that's not possible then try one of the public hospitals or clinics. There are many pharmacies around the city and you won't have much trouble finding one no matter what area you're in. The 36-6 chemists are quite good. Most centrally located are 70, Baumana street and 21, Pushkina street (Tel: 236-6999; open 10:00-21:00). There is a 24 hour pharmacy at 3/2, Tatarstan street, (Tel: 292-2002). And another one at 58, Vosstaniya street should you happen to be on the north side of the Kazanka River.

Shops are generally open from 10:00-21:00 on weekdays but often have shorter hours on weekends, or at least on Sundays (usually 10:00 or 11:00-20:00). 24 hour shops are few and far between so can be awkward to reach. But kiosks are generally open until 11 pm or midnight and there are plenty of them around. Office hours are generally 9 am or 10 am to 6 pm. Cafes and restaurants are usually open from midday until midnight. But there are some that open earlier (around 10 am) and/or close a bit later (around 2 am). It's not easy finding places to eat for breakfast or for a late night snack. If you want to eat late at night your best bet is to go to one of Kazan's clubs, which almost always have a restaurant in the same complex. There is a nice, central, 24 hour restaurant at the club Sahara. There is never a lot of traffic in Kazan and most public transport never gets overly crowded, with the exception of the taxi vans. During peak hours (8 am-10 am & 5 pm-7 pm) the trams are a good option as their speed isn't affected as much by traffic. 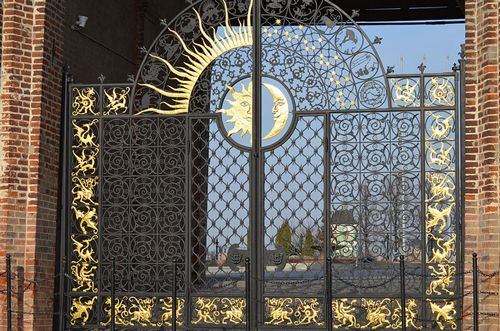 If you want to send something by post from Russia, you can do it either through the government post offices or by courier services - the difference is price and speed. The state post office is cheaper but very slow and sometimes unreliable. Even if you pay extra to send things by priority air mail, they can still take two weeks to reach Europe. The Main Post Office also has an ATM and offers faxing, photocopying, internet and telephone services for low prices.
Address: 8, Kremlevskaya street. Open Mon-Fri 8:00-19:00, Sat-Sun 9:00-18:00. Courier Services are much more reliable and fast but also far more expensive. A letter will take about three or four days to reach Europe and cost around $50 to send. DHL: 50, Peterburzhskaya Street,  Tel: 570-7000.

Kazan seems to be a very safe city. The people are very friendly and hospitable. The center of the city is well lit at night and in general there doesn't seem to be the same sort of aggressive restlessness that often plagues cities of Kazan's size. Exercise the usual amount of caution: stick to the main streets at night; if carrying large amounts of money then make sure it is well secured, etc. It seems fairly safe to flag down any car to use as a taxi. However, you will often find that cars with more than one person will stop for you and it is not advisable to use them, especially if you are alone. That said, I took a taxi with four young men at night through Kazan's back streets and no harm came to me. Use your discretion, but there's no need to take any more precautions than you would elsewhere.

Baumana Ulitsa is the main shopping street. Strolling along here you will find all manner of shops, large and small, as well as specialty outlets for things like mobile phones and SIM cards, Kodak shops for photo development and pharmacies
GUM is a fairly standard shopping center on the corner of Baumana and Pushkina streets. There are a few brand name shops such as Nike and Dior, lots of other clothing outlets, as well as shops selling souvenirs, jewelry and accessories. A highlight of the center is the interesting art stalls on the second and third floors. There is a bar called Evrazia on the fourth floor which looks more like a fast food outlet. Also has an ATM near the entrance on the first floor. Address: 51, Baumana street. Open 10:00-21:00 daily.
TSUM: Like the Hotel Tatarstan it looks very impressive from the outside but inside is an ugly, overpriced, non-event with ancient escalators and Sheremetyevo airport style ceilings. On the bright side it has everything you could possible need in one location. It doesn't have any brand-name shops or chain stores, but just different outlets and stalls named after whatever they sell. Address: 2, Kirova street, tel: 292-1138. Open 9:00-22:00 daily.
Detsky Mir: A large, three-storey department store in the city center. Lots of different goods are on sale here: clothes, accessories, jewelry, cosmetics, toys and so on. Much the same as its counterpart in Moscow. Address: Pushkina Ul., #2. Tel: 292-5234. Open 9:00-19:00 daily.
Ramstor: A hypermarket selling groceries and a large selection of household goods. Food costs more here than you will pay in markets but has the convenience of shopping trolleys and being able to serve yourself. Address: 170, Narimanova street. Open 9:00-23:00 daily.
Central Market: Well worth checking out even if you don't need any supplies. In the main building fruit, vegetables, dairy products and meat are for sale as well as some delicious, locally made treats such as fresh honey. A walk around the stalls seeing what's on offer is an experience in itself. Outside the main building the stalls sprawl out onto the streets where all manner of food, household goods, CDs/DVDs and assorted knick-knacks can be bought. Address: Mezhlauk Ul., #13. Open 8:00-17:00 (closed Mondays).

www.tatar.ru A great resource that covers all of Tatarstan, with a section devoted especially to Kazan. Listed on the site is just about every contact you could need, whether you're going to Kazan on business or for pleasure. It has contacts of all government agencies, shops, hotels, travel agencies and so on. There are also links to job advertisements, real estate agencies, guides to Kazan nightlife, business information and maps of Kazan. The site is in Russian, Tatar and English, though the English translation is not as comprehensive.
www.kazan1000.ru A site dedicated to Kazan's 1000 year anniversary in 2005. There isn't actually a lot of information on the site but it gives some information about Kazan's history, some of the city sights and the celebrations that were held for the 1000 year anniversary. Most of all it shows how proud locals are of Kazan's heritage. The site is in Russian, Tatar and English, but once again the English translation isn't as comprehensive.
e-kazan.ru A useful little site with news from Kazan as well job and real estate listings, and contacts for shops and travel agencies. But it is best used as a guide to Kazan nightlife (http://e-kazan.ru/recreation/) where you can find information about movies, clubs, concerts, festivals and whatever else is happening in the city. Only in Russian.
www.vipkazan.ru Pretty much the same as e-kazan, there's not a whole lot of useful information on this site, but it does feature news from Kazan and has some nightlife listings.

There are plenty things to do at night in Kazan.

One of the newest places in Kazan, mostly targeted to young people who love good music.
Kazan Guide:
This free independent travel guide to Russia exists thanks to the commission we get when you order these hand-picked trusted third-party services or when you buy our book. Please, support us!