Author: waytorussia (on 04 Jun 2015)
Tweet
Way to Russia Guide started after Dmitry Paranyushkin (the website's co-founder) traveled to Europe in 2000 and discovered how many people wanted to visit Russia but couldn't do it because of all the red tape and lack of quality travel information. This gave him and his partner Dan Perushev (the other co-founder) the idea, but the real motivation was friendship and love. 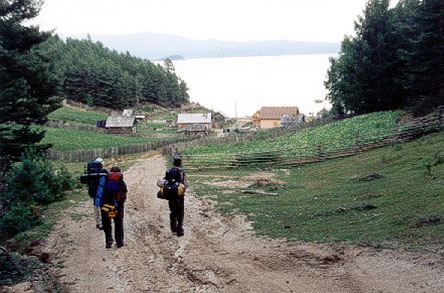 During his trip Dmitry met a beautiful girl (Celine), who wanted to visit him back in Russia. She had to get the Russian visa, but it seemed nearly impossible then. Step by step we (Dmitry, Dan, and Celine) learned everything about the process and put all this information online, so that nobody runs into the same problem again. The website was started, then. As we went on and met some of our first readers, went out with them together, showed them Moscow and other places – there was this unique moment of rediscovering your own country through the eyes of someone else who was coming from a totally different place. Many things that seemed a bit ridiculous, suddenly took on a whole new beautiful side to them (see the photo below), some other things that we liked seemed naive. 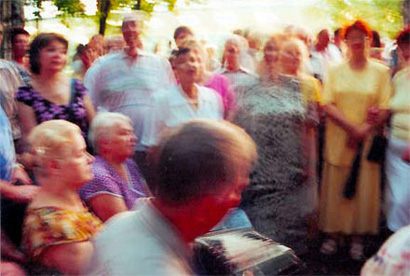 There was also this general feeling that Russia was not probably the best place to live, but through writing the guide we had to learn to love this place again. And maybe transforming it as well, by changing the people's attitude. We were not interested in presenting things in a tongue-in-cheek, "look how clever I am and how fucked up everything else is" way, which is so common among travel guides. At the same time, no one wants to read a travel brochure. So our idea was to resuscitate the love for our habitat by introducing renewed pathos and affirmation into the language we use. Finding positive sides everywhere we can, without being too eager or naive. We think that we managed to pull this off quite well, mostly thanks to our readers who have always inspired us and have always been open to be as excited about Russia as we are.
Here's a list of the most active contributors to our site, we also want to thank all our visitors and Talk Lounge forum members for their good advice and feedback.

Dmitry Paranyushkin (2000 - present)
"Russia is one of the most exciting, diverse, and interesting travel destinations. I hope WayToRussia.Net will help you make your way here, whatever direction you want to take..." 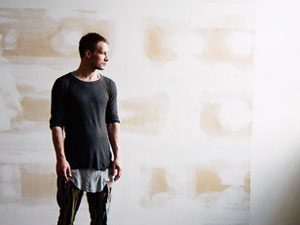 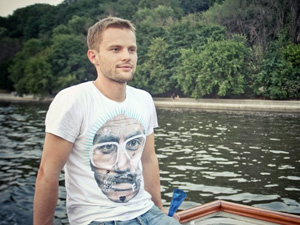 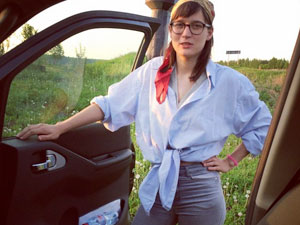 Maru is from the beautiful city of Ufa and she joined our team in 2014 to help us reinvent WayToRussia.Net and breathe in new life into it. She is also in charge of the special feature articles and overlooks the general creative direction of the site's development. 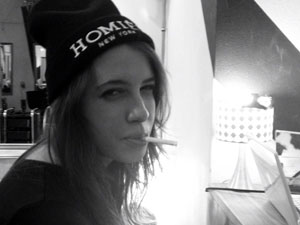 Karina is from Tatarstan and she joined our team in 2013. She created the new guide to Kazan (in production) and makes sure our community on Facebook is striving. When she has free time she likes to travel and Berlin is one of her favorite cities, in case you were wondering... 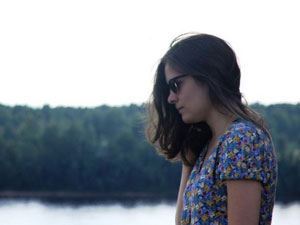 Elena joined our team in 2011. During her time in the university she did Chinese studies and lived there for two years. She's fluent in English and Chinese and is the new editor of our St. Petersburg guide and events section. 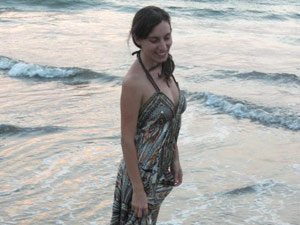 Celine was a performer with The Solvents and is currently based in UK as an artist. She contributed lots of great articles and photographs to Way to Russia, wrote the guide to Russian art, and co-created the guides to Baikal and the Golden Ring. She also translated WayToRussia.Net in French so that our readers can enjoy Guide de la Russie en Francais. At the moment she is doing educational and cultural work and is interested in the Balanced View training.
Daniel Pleshak (2008 - present) 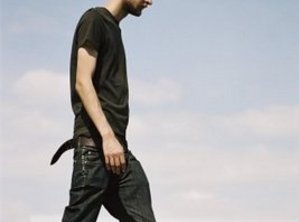 Contributions: St. Petersburg Guide and What's On section
Interests: contemporary art, music, and
Traveled: Russia, Europe (Western and Eastern)
Daniel Pleshak joined our team in 2008 and took charge of St. Petersburg guide, adding new underground venues, art galleries, and everything else St. Petersburg is famous for. He's currently studying in St. Petersburg and has his own band.
Aleksey Idemenev (2006 - 2009) 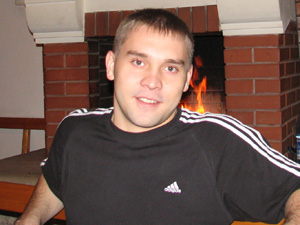 Contributions: lead web developer, programming
Current responsibilities: programming
Interests: photography, guitar, singing, psychology
Traveled: Russia and Ukraine
Aleksey joined our team in 2006. He's a professional programmer and makes sure that everything runs smoothly on the technical side of things. Aleksey is based in Samara in Russia. He also helped Dmitry to create This Is Like – the new associative knowledge engine.
Gregory Klemm (2006-2009)
"Traveling and especially living in Russia is an amazing experience. I found the information on Way to Russia extremely helpful when I was planning my move to Moscow and am happy I can now contribute my knowledge to the website to help other travelers and expats in the future." 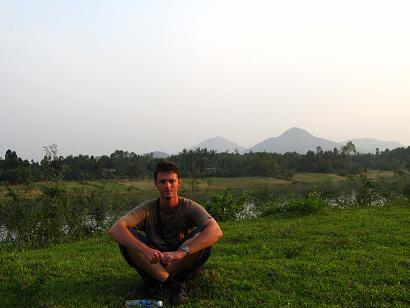 Interests: travel, music (esp. hip-hop), writing, literature, film, languages
Traveled: Russia, Europe (Western and Eastern), Australia, USA, Mexico
Greg Klemm came to Moscow in 2004 and worked at The Moscow Times, The Element, and other local English-language publications. After meeting Dmitry on Way to Russia forum he started working with us from 2006. Greg wrote many city guides you see on this site, edited and updated loads of the old texts you can see here. In 2009 he moved to Beijing to launch a new online travel guide to China under Way to Russia franchise.
Yury Korol (2008-2009) 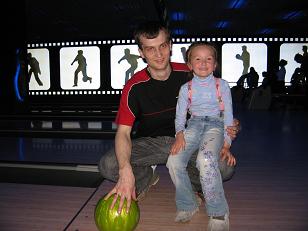 Contributions: CSS layout, Drupal programming
Interests: martial arts, music
Yury is based in Ekaterinburg, Russia, and worked with us as a programmer and developer for the new version of Way to Russia Guides.
Edwin Hijmans (2004 - present)
"This world is just getting to small for us people to understand each other so badly. By providing knowledge on this specific corner of the planet I hope WayToRussia.Net can contribute to understanding." 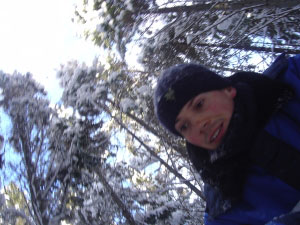 Contributions: Talk Lounge forum moderator
Interests: travel, arts, architecture and urban planning, music (all kinds and especially opera), reading, speed skating, cycling
Traveled: Russia (Western Siberia, St. Petersburg, Moscow), Europe (most of it, but especially extensively through Italy), Turkey
Edwin is based in Holland and it is thanks to him and other moderators that our Talk Lounge forum is an interesting place to be.
Alessio Maltese (2006-2009)
"I have always considered travelling one of the greatest pleasure in life, though, sometimes, it can be a complex undertaking. I have always appreciated those who contribute to make travelling easier by providing accurate info and first rate advice. I love all the effort they put into it. I
am happy to work for Way to Russia and give something back myself." 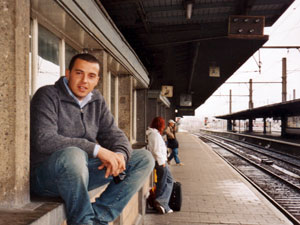 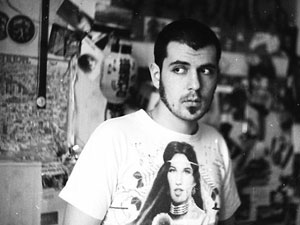 Contributions: advice and beautiful photographs
Interests: music, photography
Contact: www.flickr.com/photos/flying_saucerer and  flying_saucerer.livejournal.com
Sasha is a great photographer and wonderful DJ. He always told us Way to Russia would never work out, but despite his pessimism he let us use his photos in the first version of the site. You can see his photos on his Live Journal page and hear his music at Kult club or in Solyanka in Moscow.
Kevin McCaughey (2005-2007) 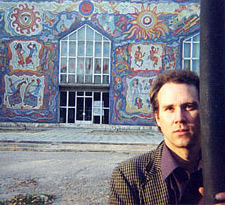 As English Language Fellow, a position connected with the English Language Office of the U.S. embassy in Russia, Kevin travels throughout the Russian Far East giving presentations on American-Russian themes, and English language teacher training courses.
He wrote the guide to Vladivostok for Way to Russia.

Visit his website where he tells more about his adventures: www.kevinmccaughey.com

Nick is an excellent guitarist, snowboarder and has a PhD degree in Psychology. He is also a guide for Peter's Walking Tours - they offer the most original tours of St. Petersburg and these guys are simply the best in what they do. 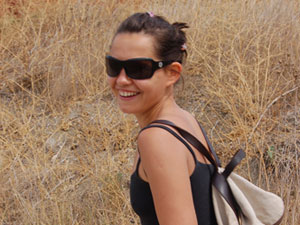 Contributions: what's on events calendar, club, art and cinema reviews
Interests: traveling, yoga, contemporary dance, design
Traveled: Russia, India, Europe, South America
Ksenia joined our team in 2007 and she was in charge of updating our guide to Moscow as well as the events calendar. She works as a freelance designer and event organizer in Moscow.

Ways Ltd (a media agency, which has the exclusive rights to sell advertisement on Way to Russia Guides) was founded in 2000 and has the main office in UK and an office in Berlin. Since 2001 we've been creating information portals, online travel guides, online reservation services.
Our company has a small staff of more than 10 people, mainly journalists, web-designers and programmers. They work from several locations around the world and create unique online travel resources.

Among our projects are the most popular English-language guide to Russia - Way to Russia (http://waytorussia.net ), This Is Like ( http:/thisislike.com ) – associative travel guide, Play Berlin Network ( http://playberlin.com ) – Berlin-based music and arts platform,

The director of Ways Ltd is Dmitry Paranyushkin, who was born in 1981 and has BA in Economics from Moscow State University, and currently shares his time between Berlin, Moscow, France and UK.

Here we summarize all the conditions as well as legal implications of using this site.