Author: Dimitry Paranyushkin (on 06 Jan 2010)
Tweet
Russian customs is not a big deal, but you should know some things before you travel. For example, if you're carrying a new unpacked item, you might be charged 20% tax when you enter the country. Also, you should be careful what you bring out from Russia and always declare valuables when you arrive, to avoid having to deal with unnecessary paperwork when you leave.

If you have any goods or items that are subject to declaration, you should fill in a special customs declaration form (available upon arrival) and pass through the "red corridor" at a Russian airport or customs point at the border. If you don't have anything to declare, you may cross the Russian border through the "green corridor".
If you bring in something that you think may be questioned when you come out of Russia, it's better to declare it directly when you come in. That way you will be able to prove you are not exporting it, but had it with you when you entered the country first place. Always make sure you keep the stamped declaration until the end of your trip to avoid problems when leaving the country. 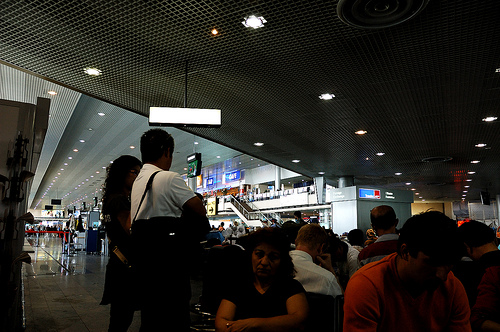 If you have less than the allowed amount of the items listed above (e.g. $2000 US in currency, 100 gm of caviar, 1 bottle of vodka etc.), then you do not need to declare it when you come / leave Russia and you don't have to pay extra money to be able to bring it through. Just go through the "green corridor".
You can still bring in between $3000 and $10000 (or equivalent), but if you have more than $3000, you need to declare it, so when you leave the country you can prove you're not taking the money out of Russia.
Also, recently travelers cheques were made subject to declaration, so if you want to avoid going through the red corridor, bring your money on credit cards instead.

The following items are necessary to declare and are subject to special permission valid in Russia or your doctor's prescription when bringing in (and out): apparels, guns, explosives, ammunition, strong medicines (anaesthesiacs, sleeping pills, etc.), psychotropic medicines, items, that have cultural value for Russia (usually, more than 70 years old), poisons, strong sedatives, radioactive materials, wild flora & fauna that is in a danger of dissappearment, technical telecommunication devices (radio phones, stations, cable TVs with a frequency more than 900Ghz (except cell phones), printed materials (of facist, racial, pornographic content), merchandise for production or commercial activities.
If you have any of the items above that you need to take out from Russia, you should seek to obtain the special permission at the point of sale or through the appropriate Ministry (e.g. Ministry of Culture for items of cultural value).

Customs tax on commercial goods and items for personal use

The goods that are brought in Russia for professional use or for merchandise should be declared and will be subject to the customs fee if their total value exceeds 65 thousand rubles (approx. $2300 US) or if their total weight is more than 50 kilograms. The customs fee will be 30% of the total value (determined by the customs officers), but not less than 4 EUR per kilogram.
It is up to the customs officers to determine which goods are considered to be for professional use, and which goods are for personal use, and this border is a bit blurred. The main thing to consider is that this regulation is created to avoid illegal import. So if you are bringing ten new packed cellphones the total value of which is more than $2300, you will most likely be taxed. But if you bring in the items that you can prove are for your personal use and you are going to take them back with you when you leave Russia, you don't need to pay any tax.
For instance, if you bring in a laptop, you don't need to declare it and no tax should be paid, even if you know it costs more than $2150 US. However, if you bring in two laptops, the customs may consider that you may sell the second laptop, or you will be using it for commercial activity (to establish an office, for example). In that case, they will sum up their total cost and you will have to pay 30% (that is, if the value of the both laptops is valued at $4000, you will pay $1200).
If you bring in a DV camera, which you have used before, you won't need to declare it. However, if you bring, say, two new DV cameras, packed, the customs may consider you're going to sell them in Russia. Then if the total value is determined at $3000 US, you will have to pay $900 to the customs.
If you bring in a professional video camera, even if its value is less than $2000, the customs officers may consider that it is an item for commercial use, and may oblige you to pay a 30% tax on the value (which they will determine). The only way to evade the tax is to prove that it's for your own personal use, and you are going to bring it back home. The main thing that the officers should be sure about is that you're not going to sell it in Russia, and you're not going to make some sort of commercial shooting with it.
If you are moving to Russia and send a package with your clothes valueing it more than $2300 US, then the customs will hold it until you pay 30% tax to them. Obviously, to them it will look like you're importing the clothes and they won't care that it's your personal belongings. So, in this cases it's better to send smaller shipments or to carry the clothes with you, so that it's possible to prove you're going to take it back.
In case you do not want to pay the customs tax, you can leave the item at the border and take it back when leaving the country. In this case you will need to get an official paper from the customs which describes exactly what item was taken, its value, and the reason for it being "detained" at the border.

The customs rules and procedures change often, so to get the latest update contact Customs Department of Sheremetyevo II international airport in Moscow at +7 495 578-7653. There are also customs information desks in the airport.

Also, we should notice, that the Russian customs is generally quite relaxed, so it is very unlikely somebody will search through your bags or try to tax everything you have. Just follow the rules, and you will be fine. If you need to bring it more than $3000, you can always keep them on credit cards, as there's no limit on the amount of money you have there and ATMs are readily available throughout Russia. A general rule for the items is to make sure they are not going to be left or sold in Russia, then you won't have to pay any taxes.