Living in Russia? For Real? How to Settle in Russia the Right Way - Way to Russia Guide
Way to Russia >> Practicalities >> Why Russia

Living in Russia? For Real? How to Settle in Russia the Right Way

Author: Dimitry Paranyushkin (on 13 Oct 2019)
Tweet
Russia may not strike you as the place to be, however, if you are willing to look beyond the picture painted by the media, you will find a lot of interesting reasons to settle in this part of the planet Earth.
First, as the famous Russian writer said "Russia exists to teach the world a lesson". Probably on its own mistakes, we could add. But to be inside that whirlpool of possibilities and potentialities can be very exciting, even if not all the outcomes seem to be the most perfect that we can image. You will learn a lot in Russia and not only intellectually but also spiritually.
The people are great, too. They are open-hearted and generous, even if they may appear grumpy on the outside.
Finally, there are many possibilities in Russia. A new ground for almost any venture, be it a local business or an international start-up venture. You have highly developed infrastructure to your disposal, including a streamlined legal system that lets you open and run a business online while paying 6% on your revenues, which effectively makes Russia into a tax-heaven, if you know how to set this up.
And don't forget about the beautiful Russian nature representing the most interesting expressions that can be found on the 1/6th of the planet's surface. 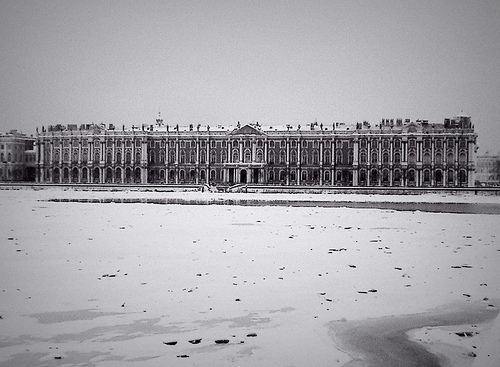 Once you made your decision to move to Russia, the next consideration could be finding appropriate accommodation and work.

In terms of accommodation, your best choice is to start with a room. Try posting on our forum or Expat.Ru as well as www.locals.ru and also ask around your friends and on Facebook. Normally, a decent room in the center of Moscow would cost you about $300-$500 / month. After several months you may consider moving into your own apartment, but keep in mind that the real-estate prices in Moscow are too high: you won't get anything worth living in for less than $1300 US / month.

Finding a job is not such a big problem. The obvious choice is to teach English or do nannying – these jobs are relatively easy to get and may even pay well. Doing translation jobs or other freelance work is also a good option, but this way you'll be less integrated and it may be difficult sometimes. If you want to work for a big company, there's a whole question of work permits and other legal stuff. If you want to set up your own business in Russia, that's more or less possible and there's still lots of niches, especially service-related businesses, where you could thrive. Taxes are some of the lowest in Europe, but the amount of red tape is frightening and you will definitely need a qualified accountant (starts at $200 / month), to do all the paperwork and stuff.

If you can't find a job, you can also get a student visa, which basically gives you the same possibilities as the work one but is easier to get especially if you're planning to freelance. You can join a 1-year program in one of the Russian schools or universities (check Strelka institute for contemporary media, architecture and art in Moscow). You could also join a university or a language school.

For those who wish to study Russian language in Russia, there are a wide variety of schools in a number of different cities to choose from. It is also possible to obtain a full degree at one of the country's universities. Some, like Moscow State University, have an outstanding international reputation.

Russian Character: Don't expect Russians to be like other Europeans. Two main things will strike you when you first arrive: firstly, customer service is atrocious and, secondly, Russians can appear very blunt and/or rude people. And while you'll probably never get used to the bad service (the incompetence will still have you pulling your hair out after years in the country) you will come to grips with the Russian mentality much more quickly.

At the start of the your time here the frustrations will mount quickly: the inability of Russians to queue in a straight line,

their tendency to push in front of you in queues, the fact that people in any position of authority will do their best not to help you but will instead use their meager amount of power to make things difficult for you. To new arrivals it may seem shocking to be greeted at a shop with the word, "Speak." Or to have a cashier reply, "Why do you care" when you ask them how they are. Or to be unapologetically pushed and shoved as you walk along the streets or in the metro. But soon enough you get used to it and adopt the old "When in Rome" adage. It's a different culture and a different way of looking at the world. Instead of letting it frustrate you, try to enjoy it, try to understand it, and try to learn from it.

A very good way to get an insight about Russian mentality is to read our Russian People Interviews and to read our thorough research on Russian culture in What is Russia section.

Blending In: The chances are you will always stand out as a foreigner in Russia no matter how hard you try. Russians say they can tell a foreigner by their eyes and after being in Russia for long enough you will be able to do the same. Trying to attain the Russian appearance cannot be simplified to statements like, "Don't smile," or "Look angry all the time." But study the faces of the locals and over time it's not impossible to adopt the same expression. For what? Well, there's no point really except that it's hard to feel like you belong in a country when people are always staring at you, no matter how harmless their intentions might be. And it's always a kick the first time someone gets a shock when they find out you're not Russian.

Safety: Russia is a surprisingly safe place. It is very rare to be physically threatened, there are not a lot of pickpockets and the scams running here aren't particularly clever. However, people of smaller build or stature tend to get hassled more than the larger variety. Whenever you hear of a foreigner being mugged in Moscow, it's generally a little guy. And, although it's a shame to have to say so, racist attacks on people with darker skin are a problem in Russia. While the chances of it ever happening to you might be marginal, it does need to be mentioned. Just keep in mind that there are only a handful of attacks on dark-skinned people in all of Russia each year (not including attacks on people from Central Asian countries).