In a nutshell Systema is a systematized physical, mental and spiritual practice of adaptation to the environment and other bodies. Heavily influenced by the martial arts, ancient Cossack techniques, and various eastern practices, Systema is a natural toolbox that can help deal with stress and tension, be in touch with the organism, and better deal with the challenges that emerge. 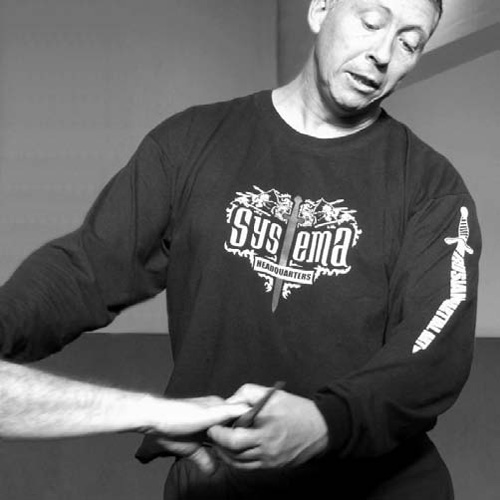 The fact that Systema is a practice of adaptation, makes it a very efficient technique for resolving conflict. That's why Systema is mostly known around the world as the Russian martial art. Unlike other techniques, though, it doesn't rely on strength and attack. Rather, it helps develop psychosomatic patterns, which can be used to dissolve tension, bring end to a conflict, and redirect aggression towards a more peaceful stream. Therefore, the range of Systema applications extends much further beyond practicalities of a mere fight. One can use it in everyday situations, interactions with people, dealing with extreme occurrences, and simply to feel better physically and mentally. Systema instructors are teaching this practice not only for combat, but also for survival, movement, stress relief, dance, etc.


In terms of the physicality Systema is all about relaxation, breathing, oscillatory movement, waves, and constant movement. That's when you witness Systema practitioner fight it looks very smooth and relaxed, having an almost dance-like quality. In that way Systema is related to practices such as Feldenkrais, Noguchi Taiso, Alexander Technique and Tai Chi, however, it's made to be more pragmatic due to its origins in the military.

The origins of Systema are not very clear. Some say it originated in ancient Rus others claim it was born in the 20th century combining the elements of the Eastern practices, such as Jiu-Jitsu and Kundalini yoga, as well as the techniques passed through generations of Cossacks. What's known for sure is that Systema origins are in the military realm. One of the first known practitioners is Aleksey Kadochnikov, who helped train special forces and elite GRU units (government intelligence bureau). However, it was Vladimir Vasiliev who popularized it around the world, after opening his school in Toronto. His teacher was Mikhail Ryabko, perhaps the most authoritative teacher of Systema in the world today, who runs his own Systema school in Moscow and in other Russian cities. Other well-known teachers are Konstantin Komarov and Valentin Talanov. 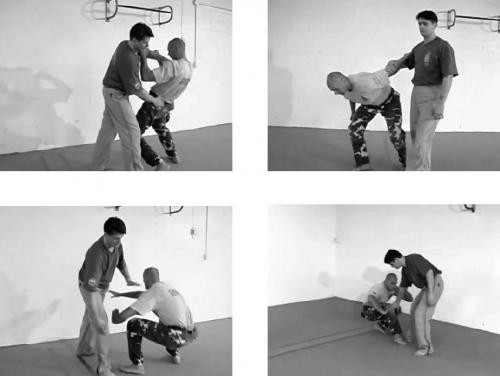 At its core Systema is a system for adaptation towards the environment based on holistic approach. Body-mind-environment is seen as a dynamical system where each element is interdependent with the other elements and the whole. Thus, a movement is not seen in isolation, but, rather, in connection to the environment, the opponents, the physical constraints, psychological intentions, etc. Systema takes all those elements into account and attempts to offer a deeper understanding (both on somatic and intellectual levels) of those processes. This approach is very related to views postulated in embodied cognitive science theory (see Chemero, 2012), which focuses on the processes rather than distinct elements when studying perception and interaction with the environment.

The best way to get introduced to Systema is to visit a few lessons and watch a few videos. After a few classes you can start doing it in everyday life or include it into your own physical routine. Make sure you train with one of the instructors listed above or see a list of authorized instructors and schools on Vladimir Vasiliev's website.

The Main Principles of Systema

First is the relaxation. Your body and mind should only be tense where itís needed to fulfill the intention. The rest should be relaxed and, thus, ready for any sort of movement, fast or slow, in any direction.

The second is breathing. One needs to be aware of the breathing and in order to perform to the maximum of oneís capacity, breathing should be continuous, uninterrupted, and have a pendulum-like oscillatory quality to it.

The third is the constant movement. Scientific research points that the natural body movement in the state of relaxation and rest is close to chaotic oscillatory dynamics of pink noise. What that means is that even when idle, weíre constantly moving in the way that small amplitude movements happen quite often with an occasional big amplitude involuntary movements that are much more rare. Systema takes this natural tendency of the body and translates it into the oscillatory movement reminiscent in its shape number 8, or a strange attractor (a term from chaotic dynamics). A strange attractor has several trajectories, which are repeated in time but with a slight deviation on each iteration.

The fourth principle of Systema is the principle of oscillation. Just like sinusoid waves can be used to describe many processes in the real world, in Systema oscillation is an attempt to replicate the natural dynamics of movement and use it to maintain equilibrium or to transform the incoming flow.

The fifth principle of Systema is redirection. When there is an attack coming, one does not try to fight it back with the force. Instead, a Systema practitioner meets the incoming flow to redirect it so that what happens is better adapted to their own needs.

Some people travel to India to reachenlightenment, but Russia also has a lot to offer.

∞OS(8os, pronounced as "eithos") is a practice originating from Russia, fusing the physical body and software engineering.
Russian Practices Guide:
This free independent travel guide to Russia exists thanks to the commission we get when you order these hand-picked trusted third-party services or when you buy our book. Please, support us!