How to Meet Russian People in Russia

Meeting people is probably the most important thing you will do while in Russia and should be the main reason to travel there. Not only you will fully immerse yourself into the local environment, but also your new Russian friends will show you around and take you out, you will have great experiences and conversations, and make new friends.

The easiest way to meet locals is, of course, if you are traveling for a project: to present something, to get a new job or to study. You will then be probably taken care of.

However, even if you're on your own, you can just frequent some local meetups and events, as well as the public talks and gathering in the educational or the arts fields. Also, you can use the apps like Tinder for non-romantic dates to meet people, do language exchange or whatever. Browsing the location tags in Instagram can also be a good idea. Joining the local social network VK is anothe option. 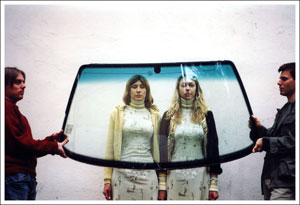 Finding Your "Scene" and Networking in Russia.

A good way to start meeting new people is to find your own "scene". Moscow and St. Petersburg are the most diverse cities in Russia, making it easy to find any like-minded group of people: from the local tech community to artists and musicians. We'd recommend you start from finding the connections between your previous home and similar venues, groups, and hubs in Russia.

While internet is the most obvious way to go, there are also many "interest clubs" in Russia, especially in Moscow, created by foreigners. Meeting other foreigners is not a problem. A great way to network and meet people is to join one of the many social or sporting clubs with a largely foreign membership. Among these are the Moscow Dragons rugby club (http://www.moscowdragons.org/), the Hikers, Walkers and Nature Lovers club (www.hike.narod.ru) and the Moscow branch of the Hash House Harriers (www.moscowharriers.itgo.com), a self-described "drinking/social club with a running problem." There are also expat soccer, hockey, tennis and Frisbee clubs in Moscow. For women there is the International Women's Club, The American Women's Organization, the British Women's Club and The Asia-Pacific Women's Group. In fact, just about every nationality has their own women's group.

Other useful groups include the Moscow English Conversation Club (www.mecc.ru), which is always seeking foreigners to come along and chat with locals who want to practice their English. For the creative, the Rabbit Hole, which is held at FAQ Cafe every second Sunday, is a place where you can go and perform English-language prose, poetry and songs to a friendly and welcoming crowd. And anyone with a good voice might be interested in joining the Moscow Oratorio Society. There are numerous other clubs and groups such as these. A good place to find them is to check out the Community Bulletin Board in the Wednesday edition of the Moscow Times.

Not only do the above groups provide a comfort zone where you know you will find other foreigners and English-speakers, they also have a significant Russian membership or attendance (other than the women's clubs). Therefore, joining one of these groups is a great way to meet locals who share a similar interest. Even if you'd never join such groups back home, they are great places to make friends in a strange, new country.

Another good way to network is by attending the local embassy functions. Most foreign embassies in Moscow have a social function once a month with all natives of that country welcome to attend. They usually feature cheap drinks and an odd assortment of expats from whatever your country might be: from language teachers to wealthy businessmen. Phone or drop in to your embassy to find out details.

If that sounds too stuffy then try one of the expat hangouts. It's a bit of a "hit or miss", but if you're lonely, they will provide you with a quick company. There are several bars that have at least fifty per cent foreign clientele. The Irish pub Silver's is very popular with British expats and is one of the friendliest bars in Moscow. Elsewhere, anything owned by Doug and/or Marty (The Boarhouse, Bleachers, etc.), is bound to be teeming with expats. As are most of the cities pubs. Even if you've never gone into a bar alone in your life, you'll be surprised at how easy it is to meet people at these venues. 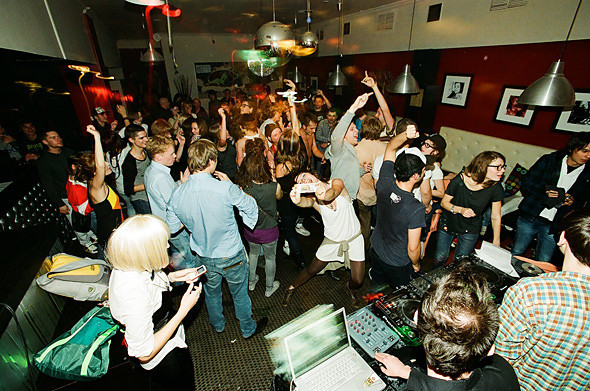 Some of Moscow's hippest venues, such as Solyanka, Mosproekt are the best places to meet interesting people

If you have a personal interest or hobby back at home then pursue it here. If you're a religious person then head along to church. There are Catholic, Protestant, Anglican, Baptist and Jewish churches with English language ceremonies in Moscow.  If you're into any genre of music then the smaller, underground concerts are always a good place to meet people. Check ThisIsLike.Com to find clubs in Moscow that are like the ones you like back home and keep an eye out for posters around the streets or check the Russian-language press. Once there, you'll find that most of your fellow concert-goers will be surprised to find foreigners in their midst and will be more than happy to talk to you. Even go and talk to the band after the show. Generally they'll be delighted to hear that a foreigner enjoyed their music. Similarly, you could join an art club or take dancing lessons. You won't find as many foreigners at these places but the people you meet will generally be very friendly (so long as you share a common language). Even if you're not really into whatever activity you choose, it's worth going along for a while until you make some friends and then you can quit. Terrible though the magazine might be, the English-language Element usually has some good information on local clubs of all sorts of varieties.

In short, the best way to meet people is to throw yourself into things that you might not normally bother with back home. If it's absolute torture then it can be a once-off, and that once-off might just make you a very valuable contact or friend.