Author: waytorussia (on 20 Jul 2015)
Tweet
Russian cinema gave the world such great masters as Eisenstein and Tarkovsky, but today it is most famous for the YouTube videos of crazy people doing crazy things. Surprisingly, though, there are many connections between the renowned masters and the amateur footage you find on the internet.
(A guy telling a story of his dog death - a very Tarkovsky-like beginning).
The way we consume online video today is very much similar to the avant-garde montage techniques advocated by Eisenstein in the 20s. Square screens, nonlinear narratives, quick shifts between images – all in the search of emotional gratification produced by disjointed narratives. Eisenstein would be happy. On the other hand, the never-ending search for intensity or nadryv (a true landmark of Russian cinema) – finds its weird mutated continuation in the many YouTube videos we see today.

So what is it about the Russian online video that can make sense today beyond the mere gratification that it provides?

For one thing, life in Russia is really intense. The inner side of the everyday constantly gets to the surface and now that everyone has their cameras, it is meticulously documented, recorded, and archived. As the strictness of laws in Russia is compensated by a lack of necessity to obey them, all this footage finds its way to the internet.

(The special forces stop the wrong Porsche, but realize their mistake too late)
(The cool reaction of drivers to the falling meteorite in Chelyabinsk)
(A granny goes mad singing the National Anthem in Moscow metro)
This infusion of real and raw undocumented footage into the everyday life creates an interesting feedback loop. The idea of using found footage or making mocumentaries is not at all new. However, it is combining that footage with fiction and digital artefacts that is producing the new aesthetics. If post-internet was about playing with  junk found on the web, then what happens after will probably be much more constructive. In that sense, the future evolution of online video may have something to do with defying the short attention span of the internet and insisting on long, durational visual experiences. On the other hand, the next step may come with the software that would allow one to seamlessly bind disjointed narratives, proliferating simultaneous timelines that blur the line between the fiction and the real. Here is some raw footage to start from.
(A guy is explaining how every graffiti is actually made by reptiles)
(An edit of home footage made by a home-brewed nationalist, who makes a surprising revelation towards the end. Truly touching in its sincerity.)
This free independent travel guide to Russia exists thanks to the commission we get when you order these hand-picked trusted third-party services or when you buy our book. Please, support us!
russian visa
train tickets
guide book
hotels
car rentals
travel insurance 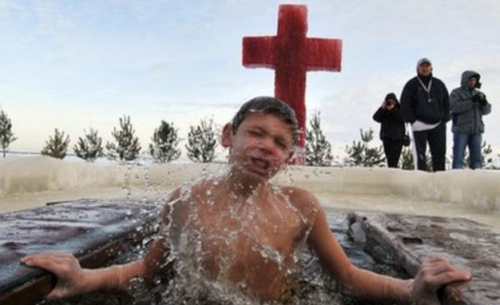