Author: waytorussia (on 01 May 2019)
Tweet
Sergei Eisenstein, a well-known Russian filmmaker famous for his theories of montage, has once said that the "narrative always proceeds with an eye towards rhythm". In other words, a filmmaker creates a rhythm in film through juxtaposition between the shots (from "The Theories of Montage", Vol 2, by Sergei Eisenstein, 1991). The sequence of alternating shots create tension that produces emotional response in the audience. Eisenstein often compared his ideas about montage to the Japanese Haiku poetry, where the gaps in meaning create the space for imagination to fulfill.

Eisenstein's approach is exemplified  in the famous Odessa steps scene of "Battleship Potemkin", where the White army attacks the peaceful crowd of people who came out to cheer the sailors. Close-ups of wounded people running away from the soldiers are mixed with the medium shots showing the advancing army to heighten the tension between the personal grief and the collective attack.

In his other film, "The General Line", Eisenstein takes this principle of alternating shots even further, bringing it to a sort of orgasmic conclusion. In the famous creamer scene the villagers receive a special machine to produce butter. They start it for the very first time full of expectation and anxiety. A series of shots shift from the male faces and strong hands operating the heavy machinery to the girl's face who is waiting to see if the cream comes through. What follows is perhaps the most sexually orgasmic scene in the history of the Soviet cinema: the strong hands of the men turn the machinery, the girl's face receives the droplets of milk, she celebrates the success together with men (who look down on her, smiling), while the pouring fountains of cream pay the homage to fertility, to the Soviet utopia, and to the triumph of technology over manual labor – all at the same time.

A less known filmmaker from the 1920s, Djiga Vertov, has masterfully applied those same principles in his classics "The Man with a Movie Camera". This beautifully shot film shows various aspects of the Soviet utopia alternating perspectives and shots in a rhythm that is captivating and even spellbinding in its excited intensity.

Both Vertov's and Eisenstein's works still have that sense of optimism so typical for the Soviet 1920s, when the artists broke away from tradition and could freely experiment without too many restrictions imposed. The time that was special not only for the Russian cinema, but also for literature, poetry, and visual art.

Later, during the 30s, Eisenstein was on the verge of being sent to the labor camp, while Vertov had to stop his work due to the prevailing demands of the "social realism", which rejected his progressive work as a mere "formalism". But as the true masters of polysingular montage they both managed to get through the hard times and create even more masterpieces despite the difficult political situation. Perhaps it had something to do with the fact that they were the true believers, but maybe it was also a special skill of weaving the narrative through the impossible. After all, the central aspect of Eisenstein's theory of montage was that the shots should be combined according to the dialectical logic of conflict and synthesis (from "Beyond the Shot", selected writings, Eisenstein 1988), and it was exactly that dichotomy that he had to struggle with during his whole creative career. 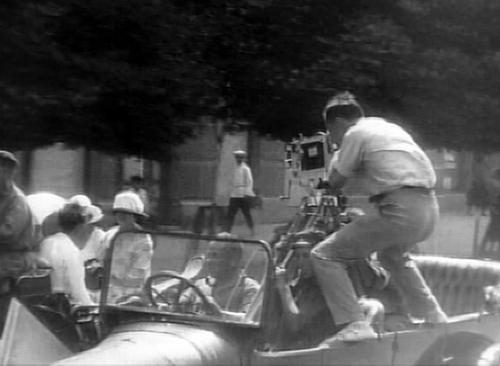 After the start of 2000sand the appearance of great films, such as The Russian Arc and Return, Russian cinema seemed to revert into a comfort zone and started to replicate Hollywood-like blockbusters.

During the Soviet times, there was not so much space for experimentation with forms and genres.
Russian Cinema Guide:
This free independent travel guide to Russia exists thanks to the commission we get when you order these hand-picked trusted third-party services or when you buy our book. Please, support us!