During the recent years Russian cinema has produced several notable series, which are not only pleasant to watch but also offer insights about the Russian culture and society of today.

One of them is "Fizruk" / PT Teacher, the TV show series that had a phenomenal success in 2013-2014 when it was premiered. The special thing about this show is that it unified the whole Russia in every episode. There is a typical 90s bandit character, a young startup entrepreneur, a bunch of pretty women of different age and social status, a powerful school director (also a woman), an oligarch, reckless teenagers, cops, weirdos, old people and all kinds of other characters. In that way, the series functioned as a sort of unifying medium for all of those very different classes of society. You could watch it with your grandma and your hipster friends and everybody would laugh and understand (similar to the feature film Gorko in this way). 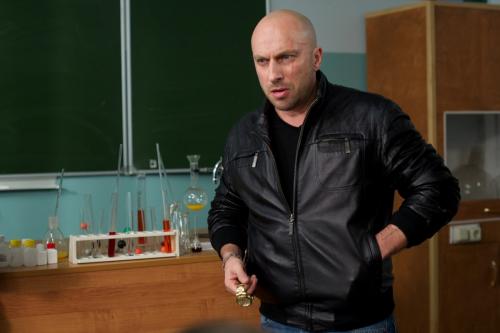 The plot is the standard situation comedy: the main character gets into trouble every episode and has to find a solution. He used to be head of security of an oligarch who kicks him out from work because his violent 90s methods seem outdated for the 21st century. To gain the trust of his boss again, the guy (Foma) starts to work as a sports teacher ("fizruk" in Russian) at the school where the daughter of oligarch is studying. Foma is a bit rough for the school environment, so he gets into trouble every time. The resolution of tension is accompanied by numerous pranks and genuinely funny situations, which also reveal a lot about the ways Russian think, feel and act. So "Fizruk", in this sense, is a great way to learn more about Russia in the comfort of your computer screen, without the need to travel here.

Another great series is "Ottepel" / Thaw (2013). Set in the 60s, it shows the everyday life of the Soviet film industry: actresses, directors, operators and all other creative people involved. The creator of this series said that he was inspired by "Mad Men", but he wanted to make something that was more relevant to the Russian context. Personal dramas are intertwined with professional challenges and the ruthless oppression machine, which is so vividly shown when the main protagonist (a talented cinematographist) nearly avoids prison for crossing the road of a KGB official. Surprisingly, this TV show that was so highly critical of the repressive nature of state was shown on the main 1st channel in Russia, across the whole country in prime time. Which is why it also gained quite a substantial following. Another reason is that it shows Soviet Union of the 60s in a very beautiful and aesthetically pleasing way – playing well into nostalgic mood of the contemporary creative class in Russia. 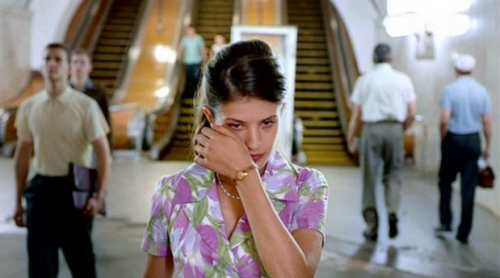