The idea of a certain identity defined by the national borders may be slightly outdated but it still influences every aspect of our lives. The fact that our body can physically only be at one place at every moment of time means that the locations we find ourselves in will always exert influence on our behavior: we need to adapt in order to survive. Each landscape also carries a certain degree of specificity defined by its difference from the rest, both on the cultural and topological levels.

So what is so particular about Russia in this sense? How does the Russian landscape affect people, how do they adapt, and what do they become? 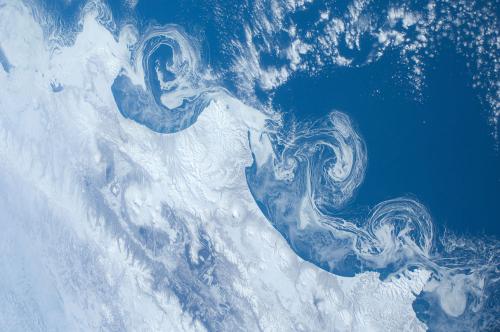 One important thing about Russia is that it has the occidental conscious and oriental unconscious. The surface appears to look very orderly west, but under the surface there are strong whirlpools of winds and currents blowing in every direction. Thus, the dynamics of Russian psyche, both on the personal and collective levels is neither chaotic, nor organized. It is exemplified in the way people drive: some drivers choose to follow the rules, some others drive in total chaos. It would be OK if it was one or the other, then it can get predictable in a way and you can adapt. However, when both systems clash it's beyond chaos: it's a mix or order and disorder of its own sort, which is, in this case, is also unquely Russian.

Then come the stereotypes. The word “extreme” is, perhaps, the first association that comes to mind and there are multiple reasons for it. Russia is the biggest country in the world and home to the craziest social experiments ever conducted. It has always developed in leaps, so the concept of gradual development is something that doesn’t really fit in so well. The Russian country is, in fact, a very artificial construct. There is no single unifying factor like nationality or territory. To be Russian is to be many nationalities. To live in Russia is to live on 1/6 of the Earth’s surface, which is as diverse as the planet itself. The only reason that Russia still exists is its current shape is the will of its people to hold it together. Nobody really knows why, so that’s where the divine purpose comes in. Hence, the importance of power and belief.

Other important aspects that define “Russianness” are the language and the remote territory. Russian language is not as accessible as English and Russians are not rushing to learn English either. This explains a certain degree of isolation, which can still be observed even in the internet age. The fact that it takes at least a few hours plane ride to travel to the nearest megapolis and the existence of visas also reduces the amount of interactions between Russians and everyone else. And while this does not provide a fertile ground for cross-border collaborations, it makes some things specifically “Russian” and even more so when they come in contact with “strangers”. Moreover, the fact that Russia lies between Europe and Asia defines its unique blend of Asian chaos and European order, which finds itself constantly lost in translation.

Russia has closed its borders due to Coronavirus since March 2020.
What is Russia Guide:
This free independent travel guide to Russia exists thanks to the commission we get when you order these hand-picked trusted third-party services or when you buy our book. Please, support us!