The Best Destinations in Russia

Author: waytorussia (on 21 Sep 2022)
Tweet
What are the best places to visit when you go to Russia? If you have only a few days, Moscow and some small provincial town (Novgorod or a town along the Golden Ring) would give you a very good idea about the country. If you have a few more days, go to St. Petersburg to see the European side of Russia. If you have two weeks or more, going on the Trans-Siberian will give you an unforgettable experience for the lifetime. Along the Trans-Siberian the best place to stop is Baikal Lake (Irkutsk), where you can either spend a couple of days in Listvyanka or go to Olkhon Island, which is one of the few wilder places left on Baikal. Below we list the best destinations in our opinion, so feel free to read through and leave us your comments if you need to know more information.

The most often traveled destinations in Russia are Moscow and St. Petersburg, the two great and very different cities.

Moscow is the capital of Russia, vibrant and at the same time tranquil, an exaggerated version of everything you can get in Russia, as if conforming the quality of Russian character to push everything to extreme. 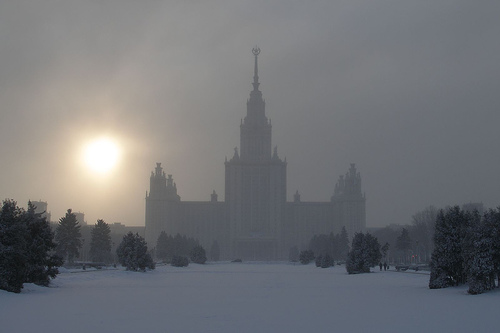 St. Petersburg is a beautiful city of channels and impressive architecture, is completely untypical Russian city. Being the closest Russian city to Europe St.Petersburg expresses everything European Russia has to offer, but in a unique and a strange way mixing with old traditions. 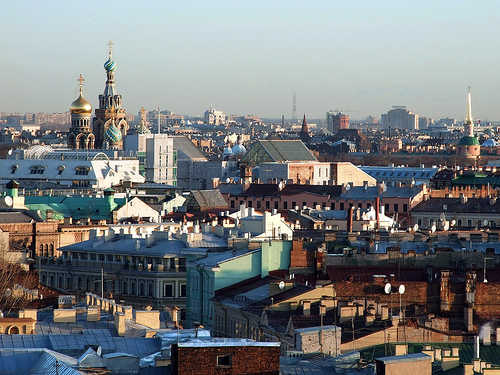 For those, who want to escape the busy life of the big cities, there are many small towns around Moscow (Sergiev Posad, Kolomna, Tver, Tula) and around St Petersburg (Petrodvorets, Pushkin, Zelenogorsk, Vyborg), which can give you the 'taste' of provincial life.

The best time to visit the both cities is, perhaps, May, June, September, Januar and February. In May and June there are many things happening in both cities: carnivals, exhibitions, concerts, and other special events. Besides, people are happy that the colds and snows are gone and prepare to enjoy short four months of heat. In the end of June - beginning of July St. Petersburg becomes a really special place: there's daylight all day long. This period is called "White Nights" and is definitely worth seeing. In September, many people have just came back from the holidays and are relaxed and in a good mood. It means more parties and more people outside. Also, autumn is one of the most beautiful periods in Russia: yellowish and red trees, sunny weather, cool winds and the mood of change. People want to have as much fun as possible outside, before the colds start.

January and February are good because there's much snow, and the city looks magic. Both cities are covered with snow and look very beautiful, like in a fairytale. City dwellers are sitting in clubs, sipping 'hot' drinks, talking and listening to music. To me, Moscow is the most interesting and beautiful in that period.

For the real Russian province the Golden Ring trip is the best. The Golden Ring is the name for the trip that stretches about 200 kilometers north-east of Moscow and back. The trip goes through Vladimir, Suzdal, Ivanovo, Kostroma, Yaroslavl, Rostov Veliky, Pereslavl. Each of these seven cities gives a unique perspective on Russian provincial life – laid-back and full of unusual contrasts. The land where the ancient Russia has started, home to many beautiful churches and cathedrals you won't see elsewhere. 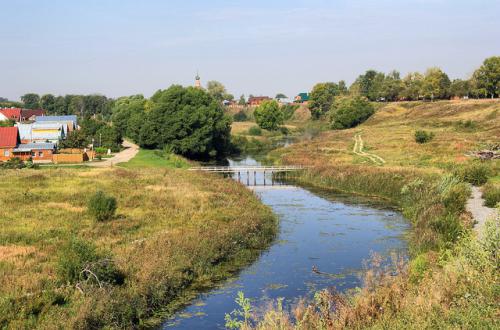 The best time to go is, generally, anytime, only that the most of the cultural events are happening in the summer, but, at the same time, winter puts a special charm on these little towns.

Northern Russia is all traditional that Russia has to offer. Between Moscow and St.Petersburg there's the old Russian town of

Novgorod, our personal favourite. This is perhaps the oldest Russian town and it has retained the most 'Russian feel'. Novgorod and Novgorod region is the place with beautiful nature, marvellous white stone architecture (the oldest cathedral in Russia - St.Sofia), friendly and helpful people. Novgorod for us is like an ideal of what it can be like in Russian province. 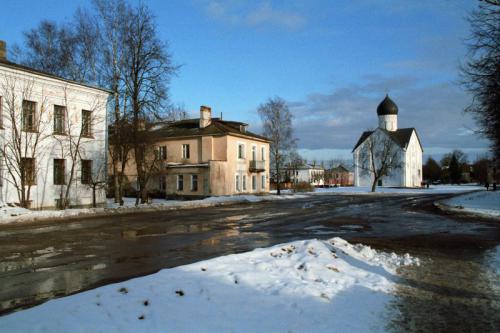 Go there anytime of the year, especially that it's only 3 hours from St. Petersburg by train.

If you want an exotic outdoor adventure with a lot of historical and cultural background, and you don't want to get too remote, try to go to beautiful Karelia land, which is located to the northeast of St. Petersburg. There's beautiful nature in Karelia: splendid northern forests (taiga), mountain lakes and rivers. Also, there's a famous Solovki monastery and Kizhi museum of wooden architecture. Besides, Karelia is rich with the history of Finn-Ugor and Slavic tribes that lived together on this land centuries before and at some places you can see prehistoric rock carvings and structures.

One of the famous Russia's gems and mysteries is Siberia land. Siberia is the same distance from Moscow as France, for example. But thanks to the Trans-Siberian railway it's not so inaccessible as it could be. Trans-Siberian railway stretches east from Moscow to Ural, Western Siberia (Novosibirsk), Eastern Siberia (Irkutsk and Baikal lake). Then one branch goes around Mongolia to China and is called Trans-Manchurian railway, and the other branch goes through Mongolia (Ulan-Bataar) to China. 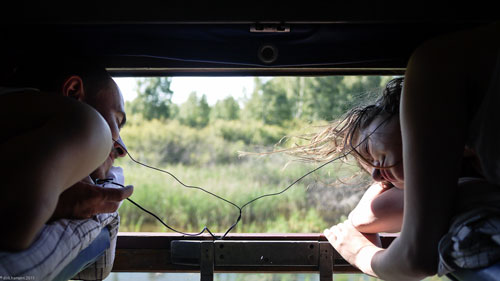 The final destination for both is Beijing. Trans-Siberian is the longest railway in the world and probably one of the most interesting and tough: imagine riding in the train for six days seeing various landscapes pass in front of your eyes... Only this way one can see the transformation from West to East (or vice versa) smoothly and feel the distance and the land.

Until recently, Siberia was closed to foreigners and was hard to get into. Now it's all changed: take a train along the Trans-Siberian and hop off where you want along the way. Perhaps, it's not so easy to travel around there, and industrial Siberian cities can by no means be interesting to stay in for more than a few days, but the beautiful and legendary Baikal lake and Altai mountains make the trip there surely worthwhile. Besides, the unique landscape and remoteness of the area provide inexpensive opportunities for the kind of outdoor activities that can't be performed elsewhere. 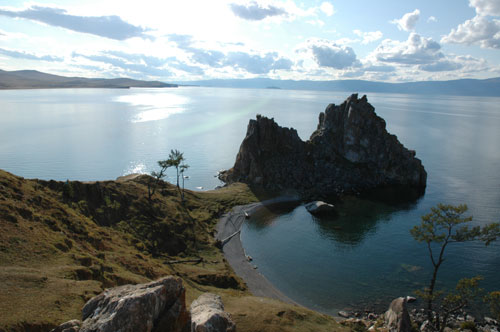 The Far East is the most remote area in Russia, closer to Alaska, than to Moscow. Only a few people went to Kamchatka peninsula, but those who did, came back mesmerized. The land of volanoes, geysers, beautiful view, the ocean, the nature unfolding itself in front of one's eyes is very seducing. Kamchatka was closed for a long time for the travelers, and remoteness of the area was a great obstacle too. Now it is still a very militarized place (there's a border with the US), and the main town - Petropavlovsk - is a typical Soviet concrete and dull place, but just a just few kilometers away there's the untouched volcanoe land stretching far north. 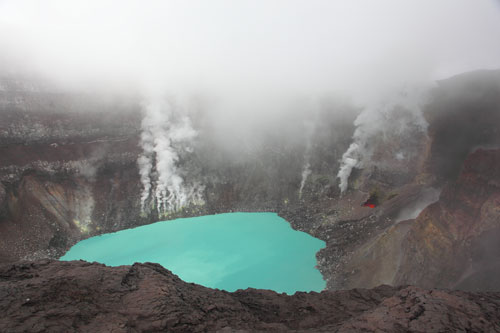 Check our Instagram @waytoorussian to find more places to visit in Russia:

Russia has closed its borders due to Coronavirus since March 2020.
What is Russia Guide:
This free independent travel guide to Russia exists thanks to the commission we get when you order these hand-picked trusted third-party services or when you buy our book. Please, support us!