Author: Dimitry Paranyushkin (on 04 Feb 2010)
Tweet
Russian consulates do not usually work according to a specified set of rules. Often it is up to the consul to decide the policy of every particular consulate towards the applicants. Way to Russia experts are in constant contact with the consulates and experts in the field to bring you the latest country-specific info that will help you make sure your visa application is accepted.
For your information, the most problematic Russian consulates to deal with are located in Hague (Holland), Toronto (Canada), Sofia (Bulgaria), Stockholm (Sweden), and Budapest (Hungary). If you're applying for a Russian visa in any of these countries, you need to be a resident of the country and most likely you have to use full visa processing services from one of the local agencies to avoid dealing with the consulate directly. All the other consulates are more or less OK.

Below we present the facts about Russian consulates in different countries. If you have something to add, please, leave us a note at the end of this page. If you need their addresses, please, see our Russian Consulates directory.

If you are getting a tourist Russian visa in Sweden then you are in trouble. In January 2006 a new consul was appointed who was apparently given orders to catch spies. So now if you want to apply for a tourist visa in the Russian consulate in Sweden you need to present a confirmation that your hotel stay was fully paid (issued by the same company that issued your visa support together with the hotel). If you apply for a business visa, you need to present the documents that prove business relationships with the company that issued your business support. You will also need to present originals of all documents. If all this is OK for you, then you don't need to read further. For those, who are concerned, there is one solution:
You can apply for a tourist Russian visa in Norway, Denmark, Finland or any other EU country (except Germany and Switzerland as the cosnulates there are sometimes a bit strict) using the same invitation. However, you need to have a resident status in one of these countries (all EU citizens have it automatically throughout EU territory). As far as we know, these consulates can even accept the documents by post.

This is the only Russian consulate in Europe that ALWAYS requires originals for ALL business invitations. Everything else is fine.

Russian Consulates in The United States:

Everything seems to be fine. They say that the worst Russian consulate is in San Francisco and New York – they will especially create problems if you used to live in USSR / Russia or come from an Asian country. The consulate in Washington gives visas to everybody without a problem – so if you can, apply there. You can apply for a visa by post.

The German nationals who don't have a permit of staying in another country have to go back to Germany to apply for a Russian visa. The Russian consulate in Bonn requires originals of the invitations for multiple entry visas. The tourist visas obtained in Berlin become valid only two days after they were issued. Everything else is fine.

The Russian consulates may sometimes require originals of business invitations. Copies of tourist invitations are ok. Tourist visas are processed in five days minimum. The consulate in Hague will refuse you a visa if you are getting a tourist one and state in the purpose of your trip that you are visiting friends or doing business. Sometimes it's easier to apply through an agency in the Hague, because the consulate might be a bit complicated at times. You will be advised by your agent after you apply for a visa support.
Everything else is fine.

The Russian consulates may sometimes require originals of business invitations (or telex), but it's better to try with a copy first.
In France, the consulate in Paris has long queues, but the consulate in Marseilles does not. Also, it can be easier to negotiate some stuff in Marseilles, than in Paris.
In Paris, you can only get a tourist visa for 2 weeks maximum, if you want to stay longer, consider applying for a business visa or try to get a visa in Marseilles.
Everything else seems to be fine.

The Russian consulate in London have long queues, so it's better to submit the documents by post (it works very well). If you submit all the documents by post, most likely the visa will be ready very quickly. See their address, email, and web site in Russian Consulates section.
Also, they require originals of business invitations.
The consulate in Edinburgh loses business invitations sometimes.
Everything else is fine.
A tip from our reader: "Queues [in London Russian consulate] can be avoided by getting things done before the summer rush (June onwards) or arriving very early in the morning. I get there at 0515 and am invariably first in the queue. By 0915, I've submitted my paperwork and paid the cashier. A small foldable seat, an umbrellla, a good book and some food. Starbucks (Coffee) opens at 0700. I have met loads of interesting people in the queue, often on their second day since the first time they didn't arrive early enough. There is a premium rate telephone line (at least there was in 2005 May - now i don't know) [the number is 0906 550 89 60 - £1 per min - WTR] where you can prebook times and just turn up avoiding the queue but I've never used it. My method is not the easiest BUT it has certainty - nothing lost in the post. - Les"

Originals of invitations are sometimes required. Of the three countries, the easiest consulate to deal with is said to be in Estonia. Everything else is fine.

Originals of the invitations are always required.
The consulates in Beijing and Shanghai issues Russian visas only for Chinese citizens and the foreigners who have an official status in China (working, studying) or residence permit.
It is recommended to apply at the Russian consulate in Shanghai as they are easier to deal with and might sometimes issue a visa even if you're not a resident in China. However, this is only rumours and we don't have any hard proof of that, so if you want to be safe, get your Russian visa before you travel to China. Everything else is fine. 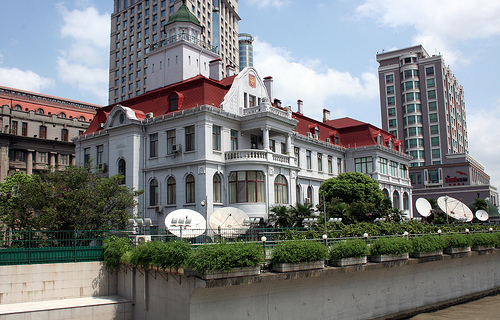 They will only issue Russian visas to those who have a resident status in Mongolia.

Russian consulates in Japan may ask for the originals of the documents, it is adviseable to check if  it  would be required but only a few people really need it.  The rest get their visas with the copies. If you apply for your visa support through the companies advertised on this site, in case anything extra is required by the Russian consulate in Japan, the travel agency will provide it to you for free. Everything else is fine.

The Russian consulate in Sydney seems to be difficult to deal with. If you can apply in Canberra, it will be easier to arrange a visa with them. Everything else is fine.

Disclaimer: While we attempted to make all the information in the Russian Visa section as up to date as possible, we cannot guarantee the accuracy of this information, so we are not liable for any consequences, damages or costs sustained. This is not a legal advice and we're not lawyers, so in case you need a professional consultation, you should seek a lawyer's advice.

How to Get a Russian E-Visa

If you plan to travel to Russia for a short time (up to 8 calendar days), you can apply for a so-called Russian e-visa online.
Russian Visa Guide:
This free independent travel guide to Russia exists thanks to the commission we get when you order these hand-picked trusted third-party services or when you buy our book. Please, support us!