Author: Dimitry Paranyushkin (on 27 Feb 2015)
Tweet
The state health system in Russia in general is far from being good, but it is not as bad as one could imagine and it's free. The way it works is if you feel something is wrong, just call the ambulance on 112. They will come (usually in abvout 10-20 minutes), check you up, if you need hospitalization, they'll bring you to the nearest hospital and the doctors there will give you the initial check.

If something is seriously wrong and you need hospitalization it's better to find a hospital (or bolnitsa), which is specialized in your case – that's where you'll need to use your connections (ask your Russian friends around). A standard hospital just wants to get rid of the difficult patients quickly, so something that's more extended than an initial check-up requires much more work and they normally do not have enough resources to commit.

Note, that if you have a health insurance from UK / NHS it will only cover state hospitals. Other types of travel insurance may also cover private doctors, so it is worth checking beforehand. You can get travel insurance for Russia with a medical coverage online before you travel (it's also a requirement for a Russian visa).

A well-known Russian hospital is #1 Volynka - www.volynka.ru - it's expensive, but they have all the necessary equipment and their doctors are highly experienced. Some other hospitals in Moscow have specializations, so it's better to check what the hospital you're going to is specialized in. In general, if a hospital is in the center of Moscow, it's better to avoid it, as they're often overcrowded and have to deal with a lot of homeless people who get in there from the cold. So choose something slightly outside of the center if you can.

If you are looking for western standard health care it is best to go to private clinics of which there are many in Moscow and St. Petersburg (see Practicalities sections of the relevant city guides for addresses). These are expensive, however, and it's not likely that your health insurance will cover it, so check beforehand.

In any case it is advisable to ask your Russian friends if they know a good doctor, as this arrangement can save you a lot of time and money.

The emergency number for ambulance is 112.

Many pharmacies (called "apteka" in Russian) are opened 24 hours a day and there are also many of them online. Some supermarkets have small pharmacy sections as well, usually opened until 8pm. For many types of drugs prescriptions are required, which can be obtained from a doctor ("retsept" in Russian).

Here we list some of the major health centers in Moscow, St. Petersburg and other cities. We can't guarantee their quality, however, these are the more established ones with English-speaking doctors available. 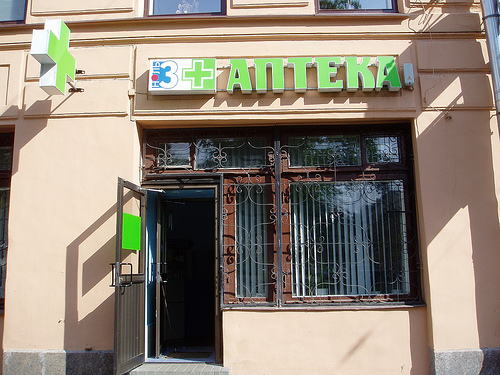