Author: Dimitry Paranyushkin (on 02 Dec 2014)
Tweet
Contraception, vaccination, and personal hygiene information is really hard to find for Russia. We compiled a mini-guide that will show you what vaccinations you might need, which deceases you should be vigilant about, and where to find contraceptives.

No vaccinations are required for entry in Russia, however, if you're coming to Russia for longer than 3 months, some Russian consulates will require an AIDS certificate before issuing your visa.

It is recommended to have tetanus and encephalitos ("entsefalit" in Russian) vaccinations if you're going to trek in taiga forests during May - June (in Karelia, around Novosibirsk and around Baikal). In case you were bitten by a tick, seek medical help to remove it as soon as possible. If there's no one around, you can pour oil over the bite and gently pull out the tick making sure you pull out the whole body. If there's a part left, it can still infect you. 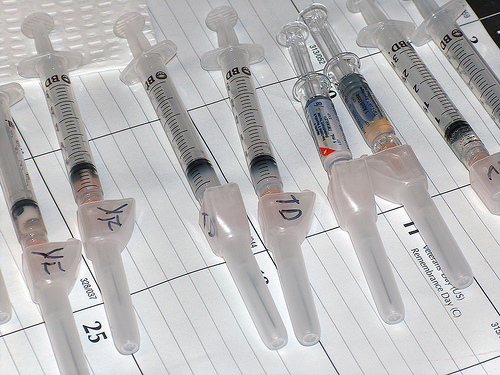 Russia is quite a dirty country, so we recommend to always be careful when you buy food outside, always wash fresh fruits and vegetables, and try to keep your hands clean (hygenic towels or handkerchiefs may help). It may sound too obvious, but there were some cases in the last years when people would get hepatitis A or even cholera just because they bought some fruits at a market and were not careful. There's a bigger risk for such deseases in south Russia.

Also, in the last years there's a kind of burst of gynecological deseases. The most wide spread deseases are syphilis, hepatitis B, chlamidios. Also, there's an increasing number of people with HIV (that's why the Russian consulate asks for the AIDS certificate if you're getting a long-term visa - it's becoming a big problem in Russia...). So, to avoid troubles, be careful in choosing your partners and always use condoms.

Condoms and personal hygiene products are widely available in almost any shop and every pharmacy and many of them are opened 24 hours a day. Light medicines, such as Aspirin, brand-name pain-killers, tablets, vitamins are sold in all pharmacies as well. There are all the international brands, so there will not be a problem with choice. If you're taking any medication, it may be worth to check what its name is in Russian (or an equivalent) before you arrive and get a prescription from your doctor (in case there are any questions at the customs or you run own out of your supply).

Alternative medicine and homeopathy is not popular in Russia, so if you're using any of the drugs you use, it's better to bring them along. Certains medicines fall under regulations when you can't take more than a certain amount (usually 1-2 doses) without a special permission. Seek the latest advice with the Russian customs authorities or post your question in our Talk Lounge forums and we'll try to find out for you.

Even though the contraceptive pill is used by more and more women in Russia, you won't find the same brands as in other countries, so you might as well bring them with you. If you lose the pills, you can phone to an international clinic for advice on which Russian substitute you could buy.

Tampons and sanitary towels ("tampony" - "тампоны" and "prokladki" - "прокладки" in Russian) can be bought in many places in big cities: in the stores in most of the central metro stations, in drugstores, in supermarkets, in local shops. There are international brands such as 'always', 'carefree' and 'libresse'.   Back in 2002, the 'All days' triangular protections suitable for 'string' or 'tanga' panties were very popular in Moscow, as most of muscovite ladies were wearing strings and transparent trousers. Usually a pack of ten costs 50 R ($1.7 US).

Only one kind of pregnancy tests ("test na beremennost" in Russian) are found easily. The one which works only when the woman is in the first days of menstruation delay. They are available at all pharmacies.

If you need a contraceptive morning after pill (called "postkoitalnaya tabletka"  or "ekstrennyi kontratseptiv" in Russian), it can be obtained in many pharmacies. There are two main types sold in Russia: Escapelle and Postinor, both cost about $10. Some pharmacies may require prescriptions ("retsept" in Russian), which you could get from a gynecologist. However, you can also try to buy it online, in which case the prescription might be not required.

The state health system in Russia in general is far from being good, but it is not as bad as one could imagine and it's free.
Health and Safety Guide:
This free independent travel guide to Russia exists thanks to the commission we get when you order these hand-picked trusted third-party services or when you buy our book. Please, support us!