Author: Maria Mushtrieva (on 29 Apr 2015)
Tweet
Ulan-Ude is located on the Trans-Siberian railway (7 hours after Irkutsk), so all major Trans-Siberian trains stop there. There is also an international airport in Ulan-Ude connecting the city with the major Russian cities.
Bus Terminal
The one address you need to know in Ulan-Ude is the central bus terminal (avtovokzal) as that’s where the buses leave to Baikal lake and also to Ivolginsky Datsan and other beautiful places around. at the end of Sovetskaya st, on Korabelnaya st 32 (on Selenga river embankment, about 1.5 km or 15 mins walking from the train station, in the city center. The luggage room is opened from 8.00 to 20.00. 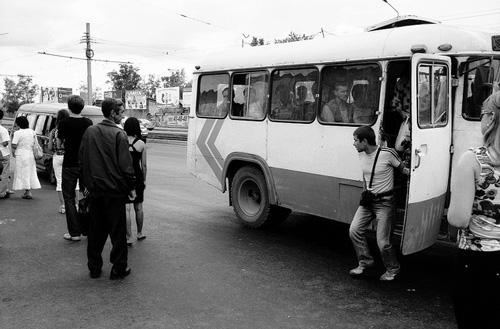 Train Station
The train station is located in the center of the city. A train from Moscow takes about 70 hours (so almost 4 days) and will cost around €200 for 3rd class ticket and €200 for 2nd class. You can also take trains to Mongolia from there, but that you need to book ahead as availability may be scarce. 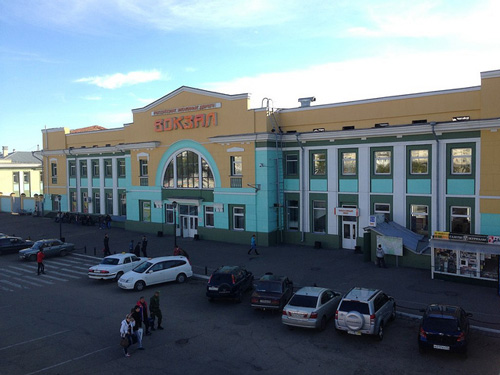 Airport
There is an airport in Ulan- Ude, about 15 km (20 mins) away from the city center. All major airlines, including Aeroflot, S7-Sibir and Ural airlines have direct flights between Moscow and Ulan-Ude, the price is about €250 one way and the flight takes almost 6 hours.

Practical Advices for Travelers in Ulan-Ude:

Traveling around Ulan-Ude & to Baikal Lake

Ulan-Ude is located about 250 km from Baikal lake, but if you take a bus or a shuttle, you'll be able to get there in 3 hours.

Ulan-Ude is the first city along the Trans-Siberian that feels like you’ve finally arrived to Asia.
Ulan-Ude Guide:
This free independent travel guide to Russia exists thanks to the commission we get when you order these hand-picked trusted third-party services or when you buy our book. Please, support us!