The Introduction to Suzdal

Author: karinagolub (on 27 Jan 2016)
Tweet
Suzdal is a small town in Vladimir region and is located 210 kilometers north east of Moscow.
It is one of the main orthodox church religious centers in Russia and one of the most ancient Russian towns.  There are 13 000 people living in Suzdal now. A picturesque green town, where you can at the same time feel the Russian country life and enjoy walks around fairy tale dome convents. Inside Suzdal the atmosphere is as if nothing had changed since the nineteenth century, goats, chicken and cows graze freely next to the Kremlin and monasteries, and on the grassy lanes. 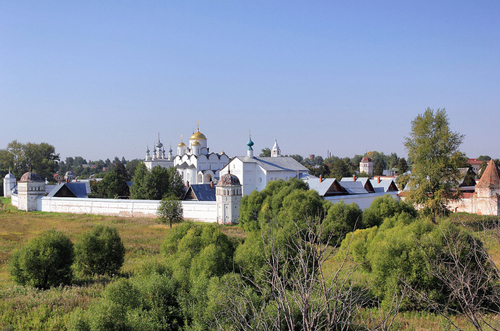 The hilly green town, that looks more like a village, is very seducing, walking around is a pleasure, and its monasteries offer dreaming views. But of course as for the rest of Russia there are striking contrasts: you would await a village bakery, and village made cheese, but the traces of soviet system still visible and, for example, the only bread you'll find is made by the factory for Vladimir's area and is only sold in food shops.
Also the small picturesque village seems to live in the ancient way only in the center: the outskirts are built with high concrete buildings.  The peaceful and inviting appearance of the town center certainly remained because of its touristic vocation: next to each monastery you'll see stalls with Russian souvenirs and traditional specials for tourists, accommodation and most of the restaurants are quite expensive for such a small place.
But even seeing the place as it is, it's very nice to enjoy the green and calm place, to walk around its beautiful monasteries, or the Kamenska river. You can eat for cheap where the locals go, and camp for free anywhere you feel like next many monasteries or the Kremlin.
Suzdal is, perhaps, one of the most interesting and rewarding stop along the Golden Ring, as it'll give you the feeling of the countryside (especially, after the busy Moscow), there you can enjoy the ancient Russian architecture, and marvelous views.

People were living in Suzdal area already in the beginning of the 9th century, they were doing crafts and cultivating their land. The settlement had trade relationship with the northern countries (Germany) and with the Central Asia.  In historical chronicles of ancient Rus' Suzdal was first mentioned in 1024, when Yaroslav Mudry, the Kiev prince, came there to suppress the riot.  Since the beginning of the 11th centrury, Suzdal was the capital of Rostov-Suzdal principality, which had the territory from the river Volga on the east to Smolensk on the west (Moscow was also part of this principality). 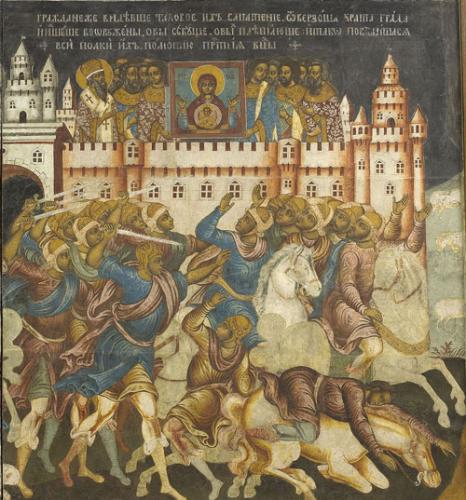 Suzdal, as the capital of such a strong and powerful principality was becoming more and more important.  When Andrey Bogolyubsky became the prince, he moved the capital of his principality from Suzdal to Vladimir, but Suzdal still was an important town, and there were many monasteries, fortifications, and churches being built at that time.
During the Tartar Yoke, Suzdal was partially demolished and ransacked by Tartars. Because of the vulnerable location, close to the settlements of the enemy, Suzdal was loosing its strong position and Moscow was gaining importance. So in the beginning of the 16th century, Suzdal became part of Moscow principality. In the 18-19th centuries Suzdal became an important religious center of Russia, still keeping its positions as the center of crafts and trade.

It is nice just to walk around, get lost in the town, visit the churches and monasteries, cross the stream on wooden bridges, explore the country side, lay in the grass, breath fresh air. 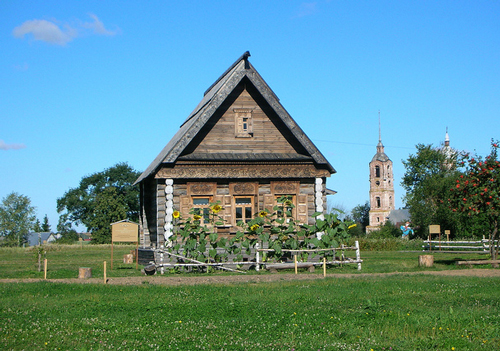 Some people would think that it's too boring to spend here more than 3 days, but it's of course up to you and what kind of experiences you expect. If you are "big city life" fan, then it's definitely not a place to search for crazy night adventures. But that's what is so magical about Suzdal - keeping its special peaceful atmosphere of ancient Rus'. That can't promise you a real picture of traditional Russian lifestyle though. Most of the local things you will see are more artificial than real, as they are aimed on the tourists willing to experience Russian culture. But who told that it's not worth trying it? 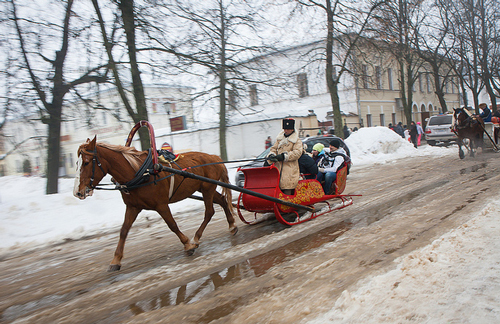 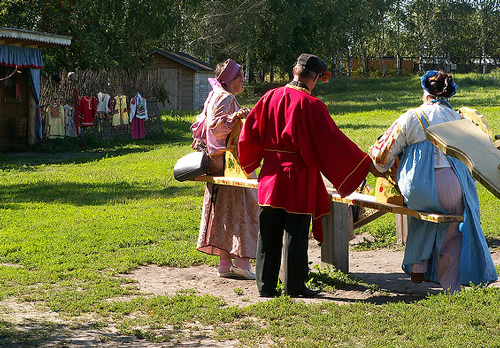 So, to say shortly - Suzdal is kind of museum city as most of the historical towns, but at the same time it didn't loose its charm and worth visiting to escape from the city hustle and to touch deeper the Russian history.

City Centre Like in the most of Russian cities, tourist life inSuzdalis organized along its central street -Leninastreet, so it's pretty easy to orient yourself while walking in the historical town.

'Kharchevnya' restaurant on Lenina street 73 is a locals' favorite.
Suzdal Guide:
This free independent travel guide to Russia exists thanks to the commission we get when you order these hand-picked trusted third-party services or when you buy our book. Please, support us!