Reasons to Travel to Baikal Lake

Author: waytorussia (on 02 Jun 2015)
Tweet
There are numerous reasons to visit the lake and experience the way of life over there. There are fresh air, tasty water from the lake, rocky mountains, and beautiful forests for people who want to be close to the nature. The usual tourist activities like trekking, biking, camping, kayaking, fishing occur to be unusual if it’s done at this magic lake.

You will experience another culture at Baikal, in fact two cultures – Asian Buryat and Siberian Russian. The ancient culture of Buryat people with their holy attitude to the nature, traditional shamanism and unique spiritual songs used to be the dominant at the lake for many centuries until Russian colonization in the 17th century. As Russians arrived, they started to live in the Russian way with the Orthodox church, banya (sauna) and vodka but with Siberian peculiarity. Siberian Russians call themselves Siberians and are accepted like different people all over Russia. Simply said, centuries of independent life in wild nature have made them reliable, strong, traditional, and nature-respecting. These people differ from central Russians and are respected a lot in the rest of Russia. 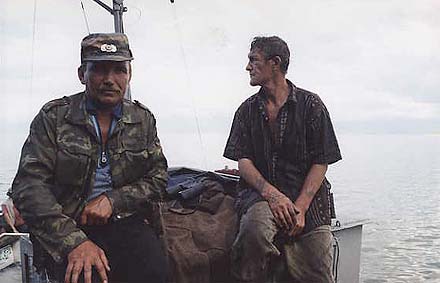 Reason #2: Becoming One With Nature

Baikal is an amazing place in the sense that it's so naturally powerful and vast that you really feel one with nature there. There are many wild spots where you can do camping, make your own fire, go trekking and live a very simple life. Last time we were there we even found some secluded beach with a small house that looked like it was used for some kind of pegan rituals. It wasn't a tourist attraction at all and it's hard to imagine finding something like this in other similarly accessible areas... 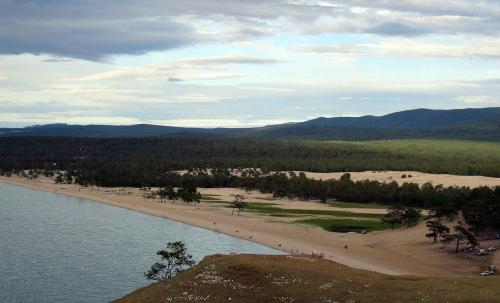 The fish of choice at Baikal is the local Omul. Apparently it's a faraway relative of Salmon, which got so deep inlands through the big Siberian rivers.
Fishermen have little wooden houses and come some evenings from villages for a night on the lake. It’s possible to buy fish from them; they usually sell it from home, where they prepare it for you before selling it. Weekend campers also fish, and cook their fish in all kind of ways.

For example the fresh fish can be salted (‘solyoni’), which is very tasty. It’s made by opening the fish in the middle, emptying it from the guts and inside organs, then hammering the salt in with a big hammer.

Or fish may be dried and smoked above a fire, they are kept open with sticks in the stomach. 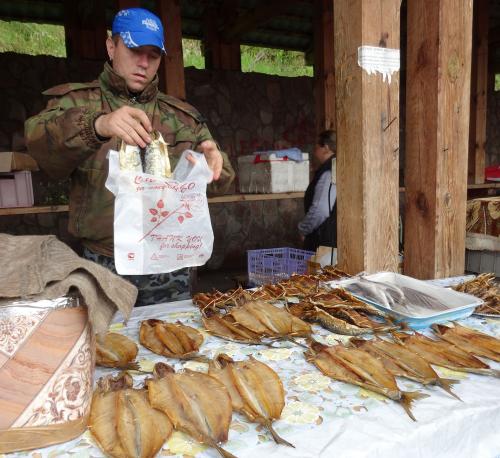 Another way of preparing Baikal fish is in the special soup Ukha. The soup is best prepared with water directly taken from the lake. On the beach you carefully make a fire, hang a pot over it, and boil the water. Inside you drop cut garlic, onion, carrots, potatoes, and fresh fish. It’s best to clean its skin, cut off its head and tail, and remove the red organs, then you can rinse it, cut it in pieces and drop it in the soup. Add some salt, wait not too long, and enjoy the fresh Ukha…

Also the fish can be wrapped in aluminum paper and baked in the fire. 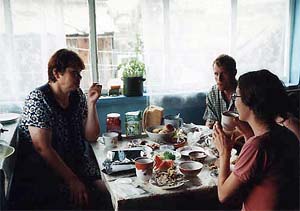 The old Buryatian legends say that Baikal is a sacred place. Located in the middle of Asia, it's concentrating many forces and energies, serving as a kind of solar and lunar plexus. It is believed that the lake purifies one both physically and spiritually. Its power is that of a sea: sometimes yyou really feel like you're at the ocean. The special combination of winds and the waves create a very peaceful sensation and affects body in a very beneficial way. Besides, technology is not yet omnipresent at Baikal – some areas further away from the settlements still don't have electricity and mobile connections, so you will be engulfed in nature and natural rhythms. 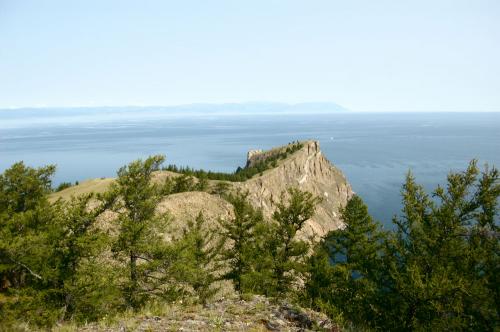