The concept of network warfare is a popular military doctrine of today first introduced by the Swedish and US military. At its core it is based on identifying and selectively destroying the most important hubs, instead of fighting the standard front to front war. Network warfare is made for the 21st century technologically intensive conflicts: it utilizes drones, high-precision missiles, GPS, robots, small special units and other elements, which can only be afforded by highly advanced military with a lot of resources on their hands. The whole war enterprise turns into a computer game-like experience: remotely positioned soldiers process data and operate through the interfaces, safely removed from the results and outcomes of their actions. 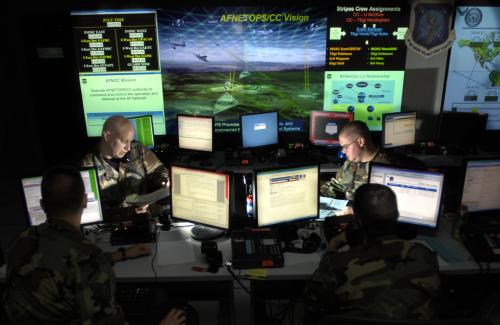 Hybrid warfare is different. One could say it's the poor man's answer to network warfare. And while hybrid warfare originated a long time ago, it had its resurgence recently in some local conflicts and in the hands of various terrorist groups. The reason is that human species are highly adaptive. So when one side becomes more inventive (from front-to-front war towards network warfare), the other side tries to adapt using the limited resources it has. 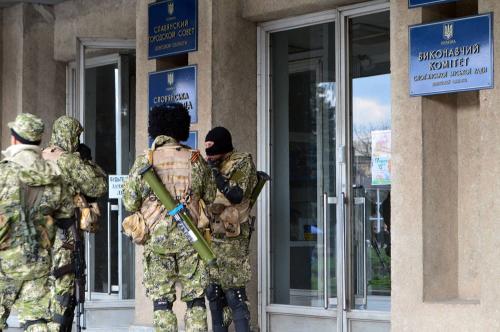 Hybrid warfare is based on infiltration and hypercamouflage (pretending to be what you’re not to the extent that you start identifying with what you’re pretending to be). The tactics of this kind of warfare were perfected by secret services during the Soviet times to fight dissident movement and later during local conflicts around the world. Soviet secret service, KGB, has been successfully employing hypercamouflage tactics for years. The basic approach is to prevent any opposing movement through making that movement first. For example, when a group of Soviet dissidents wanted to commemorate some important anniversary (which was against the state's ideological agenda), KGB people would actually do it before them, but on a smaller scale and without explicit political connotation, thus, annihilating the original intention and neutralizing the action. Vladimir Putin describes this approach in one of his interviews and if you watch how Russian politics is made today, this practice is still in full use (for example, the many Kremlin-backed political spoilers of opposition parties perform exactly the same function).

The second component of hybrid warfare, infiltration, works on the basis of ideology. The opposing side's morale is purposefully changed, so they switch sides and continue to fight for the cause of the one who was infiltrating, identifying with the original cause as if it were their own. This is usually much more likely in populations, which already have weak ideological basis for unification or some internal dormant conflict (based on religion or nationality).

Next steps:
1) You can read about Systema Russian Martial practice, which has many principles that are related to hybrid warfare
2) You can shoot from Kalashnikov in Moscow at the shooting range, to see what it feels like

#polysingularity - is a practice of cognitive variability.
Russian Specialities Guide:
This free independent travel guide to Russia exists thanks to the commission we get when you order these hand-picked trusted third-party services or when you buy our book. Please, support us!