#sputnik - Sputnik was the first ever man-made object sent into cosmos.

During the second half of the XXth century two countries were high on the idea of space travel: the Soviet Union and the US. Scientific research was the main driver of progress in space race, so heavy investment in technical education also helped produce generations of people whose worldview was defined by their capacity to look from the outside. This worldview was not only confined to science: many film directors, writers, artists were also influenced by this new capacity of the human to escape into Cosmos. It wasn’t a fantasy anymore, it was real. 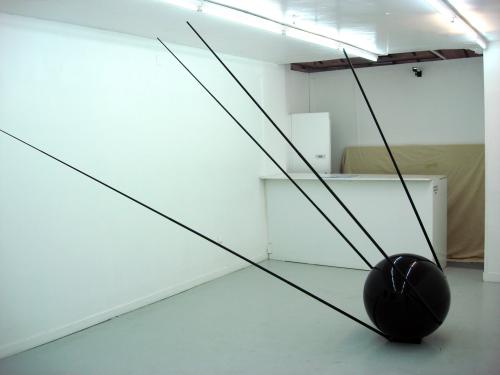 Both Tarkovsky’s Solaris and Kubrick’s Space Odyssey  probed the most important questions in life from that new scientifically holistic perspective that the newly founded space travel provided. In that way Sputnik is like the Stalker’s bolt: an attempt to jump into another dimension where all the wishes come true. And even though Sputnik burned up upon reentering the Earth’s atmosphere, it spent 3 months at the Earth’s orbit, traveling 70 Mln kilometers and inspiring generations of people for years to come.

Further Recommendations:
1) If you're interested to learn more about Tarkovsky's films, read our Russian cinema guide.
2) A replica of Sputnik can be seen at Cosnomautics museum in Moscow (page 350 of our book).
3) Parts of the rockets that fall off during the launches from Baikonur can be found near Terletskoe lake at Altay Mountains (page 702 of our book).